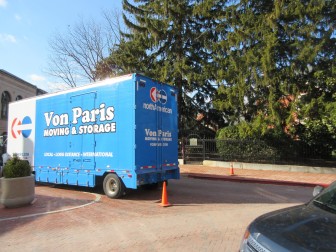 BIZ PANEL NIXES RAISING SOME TAXES: Josh Hicks reports that state Secretary of Budget and Management David Brinkley said Thursday that a commission that has spent months studying how to reduce the tax burden on Maryland businesses considered — but rejected — raising taxes on alcohol, gas and cigarettes to make up for any lost revenue.

FIXING STRUCTURED SETTLEMENT SHORTCOMINGS: Steve Lash of the Daily Record reports that the General Assembly enacted a law in 2000 requiring judicial approval before structured settlement proceeds can be sold, until this month the Judiciary provided no procedural rules for judges to follow before granting approval, said Alan M. Wilner, who chairs the Judiciary’s Standing Committee on Rules of Practice and Procedure. “Fifteen years ago, we just dropped the ball on this one,” Wilner told the House Judiciary Committee. “We have become much more vigilant since then.”

HOGAN TOUTS ‘GREEN AGENDA:’ Asked about the long-smoldering fight over a 160-megawatt trash incinerator proposed in south Baltimore, Gov. Larry Hogan said at a forum Wednesday that he has “no position on it because I don’t have the facts,” writes Christine Stoddard for MarylandReporter.com. Instead, he pointed to his administration’s “green agenda” and its plan to reduce phosphorus levels in the Chesapeake Bay. The woman who questioned him found his answer “infuriating.”

LAWMAKERS PUSH GREEN ENERGY JOBS: Lawmakers and environmental advocates gathered in Annapolis to push for the Clean Energy Job Act on the first day of the General Assembly session, reports Christina Jedra for the Annapolis Capital. “We have to take this precious earth and leave it as well or better than we found it,” said state Sen. Mac Middleton, D-Charles County.

UNLIKELY CUTS: Deep tax cuts are unlikely this year unless Gov. Larry Hogan is willing to agree to alternative revenue sources while also ensuring that the priorities of the General Assembly are satisfied, Senate President Mike Miller said Thursday. Bryan Sears of the Daily Record reports that the  Senate president drew the line after seeing a post on Hogan’s Facebook page regarding the anticipated release of a report by the legislature-appointed Maryland Economic Development and Business Climate Commission.

VOTING RIGHTS FOR EX-CONS: CNS’s Rachel Bluth in a story on MarylandReporter.com writes that Harry Cokely had been out of prison for two days. In addition to finding a job and staying out of trouble, his first priority after ending his 13-year prison sentence was to lobby the Maryland General Assembly. Cokely was one of around two dozen activists, former felons and clergy members on Thursday urging the General Assembly to override Gov. Larry Hogan’s veto last year of legislation that would expand voting rights for people on parole and probation.

PUGH TO PUSH PAID-SICK LEAVE BILL: State Sen. Catherine Pugh has confirmed what many businesses were already preparing to hear: She’ll be pushing for her paid sick leave bill again this year, writes Rick Seltzer for the Baltimore Business Journal.  Pugh, a Democrat who is Senate majority leader and is also running for mayor of Baltimore, shared some of her business-related priorities shortly after the Maryland General Assembly started its 2016 session Wednesday. They include a paid sick leave bill that died in committee last year and getting supermarkets in food deserts across the state.

AA DELEGATION LEADERS SWITCH: When the Anne Arundel County delegation holds its first meeting of the session today, it will have a new leader, reports Elisha Sauers in the Annapolis Capital. Del. Ted Sophocleus, D-Linthicum, is the new delegation chairman. Del. Pam Beidle, D-Linthicum, will serve as its vice-chairman. The two lawmakers are switching roles. Beidle said the decision was mutually agreed upon last year that they would support each other taking turns.

TOP EARNING LOBBYISTS: Of the state’s 149 registered lobbyists, more than $1 of every $2 spent on lobbying went to the top 10 earners in the first six months of this year, according to the most recent state ethics reports, reports Bryan Sears of the Daily Record. Gerard E. Evans topped the list  with more than $1.8 million in reported lobbying earnings. He reported earning $1.2 million for the entire previous 12-month period. (MarylandReporter.com wrote about these figures in July and the story is not behind a paywall.)

GOOD WILL TOWARD HOGAN: WYPR’s Joel McCord and Karen Hosler talk about the respect Gov. Larry Hogan has gotten, from both sides of the aisle, for the way he’s handled his non-Hodgkin’s lymphoma fight.

OYSTER RESTORATION: Three U.S. congressmen from Maryland recently added their voices to the discussion surrounding the delay in oyster restoration work in the Tred Avon River, writes Katie Willis from the Easton Star Democrat. On Tuesday, Sens. Ben Cardin and Barbara Mikulski urged federal officials “to maintain the momentum of their work to restore depleted oyster populations in the Chesapeake Bay.” And on Thursday, Rep. Andy Harris said the goal of the restoration work “is to make sure that it results in improved oyster reef habitat in the most cost-effective way.”

CANDIDATE NEEDS SIGNATURES: Republican presidential candidate Jim Gilmore will not make the Maryland primary ballot unless he gathers thousands of signatures by next month, state election officials said Thursday. John Fritze of the Sun reports that Maryland Secretary of State John C. Wobensmith, a Republican, decided this week that 14 presidential candidates — 11 Republicans and three Democrats — will have a place on the ballot for the state’s April 26 primary. Gilmore is the only candidate running to not make the initial cut.