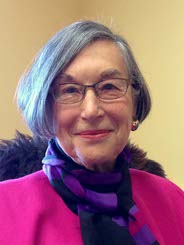 SEN. MONTGOMERY TO RESIGN: With the 2016 session of the Maryland General Assembly just six weeks away, a shuffle within the county’s Annapolis delegation was triggered Thursday when state Sen. Karen Montgomery, D-Brookeville, informed her legislative colleagues that she will resign her seat,  Louis  Peck reports for Bethesda Beat. The 80-year old Montgomery, who said that mounting problems with her eyesight had led to her decision to leave mid-term, is expected to be succeeded by Del. Craig Zucker in the state Senate. That, in turn, would set off a competition for Zucker’s current seat in the House of Delegates.

LACKING WOMEN LEADERS: Two women serve in Maryland’s 10-person congressional delegation. No female holds one of Maryland’s four statewide executive positions. Of the state’s 10 largest cities, only two, Baltimore and Rockville, have female mayors. And none of the state’s five largest counties have executives who are women. Based on those figures, Maryland’s score has dropped in an annual ranking by Representation 2020, a project by FairVote, a nonprofit that researches how voting systems affect participation, representation and governance, Ovetta Wiggins of the Post reports.

SNYDER TO FILL IN AT CHAMBER: Kathy Snyder, who headed the Maryland Chamber of Commerce for 14 years, has agreed to serve as interim president following the sudden resignation of Brien Poffenberger, Joanna Sullivan of the Baltimore Business Journal is reporting.

OPEN MEETINGS VIOLATION: The State of Maryland Open Meetings Compliance Board ruled Thursday that three Republicans on Montgomery County’s Board of Elections improperly held a private conference call in which they discussed strategy for early voting locations, Aaron Kraut of Bethesda Beat reports.

STATE FINES FINANCIAL BIZ: The Maryland Insurance Administration ordered Everest Wealth Management Inc. and its owner to pay a $62,400 fine this week, reports Carrie Wells for the Sun. The insurance regulator’s action follows its own investigation and an action by Maryland Attorney General Brian E. Frosh attempt in June seeking to shut down the Towson financial services business, which sells insurance products such as fixed index annuities.

HOGAN HEADS TO W. MD: Gov. Larry Hogan will take his show on the road Saturday as he launches a four-day swing through Western Maryland, a region of the state where his popularity appears to be sky-high, Michael Dresser of the Sun writes.

YUMI HOGAN HAS HAIR SAY:  To have hair or not to have hair is apparently a question to be answered by Maryland’s first lady, writes Erin Cox for the Sun. This week, the hair Gov. Larry Hogan lost during chemotherapy treatment began returning in a coat of gray fuzz. “Three days in a row!” Hogan told reporters.

PURPLE LINE LAND SUIT: Attorneys for Montgomery County and a Chevy Chase resident battled Thursday before Maryland’s high court over who owns a section of property that lies along the path intended for the proposed Purple Line light-rail system between Bethesda and New Carrollton, Steve Lash reports for the Daily Record.

REPLACING MO CO BOOZE PROFITS: Several ideas have been floated to deal with the possible loss of millions of dollars in liquor revenues should Montgomery County be forced to bring competition into its county-controlled liquor distribution market, Andrew Metcalf writes for Bethesda Beat. The key figure in the debate over whether to open Montgomery County’s alcohol market is $32.2 million. That’s the average amount of net profit the county’s Department of Liquor Control generated between fiscal years 2012 – 2014, and it’s a revenue stream that county officials hope to maintain.

HOGAN TO GIVE $4M TO CARROLL ED: Gov. Larry Hogan plans to give $4 million in stopgap funding to Carroll County Public Schools that could be used to delay closing schools in the county another year, as well as another $1.6 million to two other jurisdictions that have received decreased state aid due to declining enrollment, Lauren Loricchio reports for the Carroll County Times.

HO CO ASKS ED FUND RESTORATION: The Howard County Council’s four Democrats have written another open letter to Gov. Larry Hogan, this time asking him to restore funding earmarked for education in light of predictions that the state will see a budget surplus this year and next, reports Amanda Yeager for the Howard County Times.

HANDGUN REGISTRATION ERROR: Erin Cox of the Sun reports that more than 4,000 handguns were not properly recorded in the state’s gun database, and auditors warned the mistake could hinder investigations of handgun crimes. In an audit of the Maryland State Police released Tuesday, legislative auditors found discrepancies in the two databases for handgun applications and purchases, noting that serial numbers did not match up on 4,000 handguns sold in a 10-month period that ended in March.