REDISTRICTING REFORM: The governor’s Redistricting Reform Commission wrapped up its final report Tuesday calling for an independent, bipartisan commission of nine people to draw congressional and legislative district lines, with no politicians involved, writes Len Lazarick for MarylandReporter.com. All but two Democratic legislators on the 11-member reform group voted for the final report setting up the kind of independent commission Gov. Larry Hogan had called for. 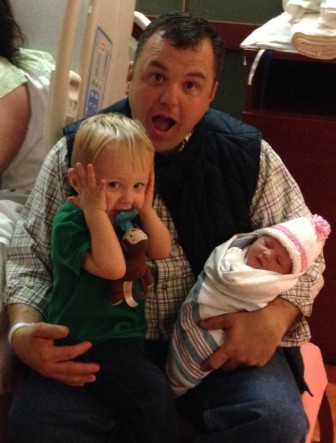 DEMS V HOGAN ON SMOG CURBS: Timothy Wheeler of the Sun reports that Democratic state lawmakers are butting heads again with the Republican Hogan administration, this time over its move to soften smog curbs originally ordered by former Gov. Martin O’Malley. Leaders of a key legislative committee placed a temporary hold on a Hogan administration regulation that they contend weakens requirements for the state’s coal-burning power plants to reduce emissions of smog-forming pollution.

HOGAN CLAIMS O’MALLEY CHEATED: Gov. Larry Hogan said the former administration cooked the books to help bring up student test scores. Hogan made those claims of cheating on Tuesday in Annapolis, reports Tim Tooten for WBAL-TV. Hogan’s comments come just one day after top state Democrats continued to pressure him to release education dollars. Hogan said he’s not backing down and then fired back with claims about test scores.

RELEASE ED FUNDING: The editorial board for the Sun takes Gov. Larry Hogan to task for not releasing $68 million in education funding even though the state’s fiscal picture has improved substantially and, by doing so, avoid a major conflict with both House Speaker Michael Busch and Senate President Mike Miller.

ANNAPOLIS BARRACKS RE-OPENED: Gov. Larry Hogan reopened the state police barracks in Annapolis on Tuesday after a seven-year closure of the facility, Ovetta Wiggins reports in the Post. “Reopening Barrack ‘J’ is a step in the right direction, and will allow our police to better serve the citizens of Annapolis and the state at-large,” Hogan said in a statement.

HOGAN SEEKS MORE BOARD APPLICANTS: After appointing four members with Republican ties to the Anne Arundel County School Board Nominating Commission in September, Gov. Larry Hogan is asking the commission to reopen applications for two school board seats. Cindy Huang of the Annapolis Capital reports that Hogan’s request follows one made last month by County Executive Steve Schuh, who asked Hogan to consider additional applicants.

O’MALLEY ANNOUNCES ENDORSEMENTS: Presidential candidate Martin O’Malley announced more than three dozen endorsements from his home state of Maryland on Tuesday as he rolled out leadership teams in 21 states, writes John Fritze for the Sun. Some of the officials backing O’Malley’s long shot bid for president have previously announced their support, including Maryland Attorney General Brian E. Frosh and Prince George’s County Executive Rushern Baker. Others, including several state lawmakers, have not previously stated their support for a candidate.

CECIL ELECTION FIELD WIDE OPEN: Less than three months to the deadline to file for candidacy and just a little more than a year to the 2016 election, Cecil County voters still have virtually no idea who will be running for their highest local offices, Jacob Owens reports for the Cecil Whig. No one has filed — or even announced — to run for county executive ahead of the Feb. 3 filing deadline. Discussions of potential candidates have gained steam following County Executive Tari Moore’s surprising announcement last month that she would not be seeking re-election.