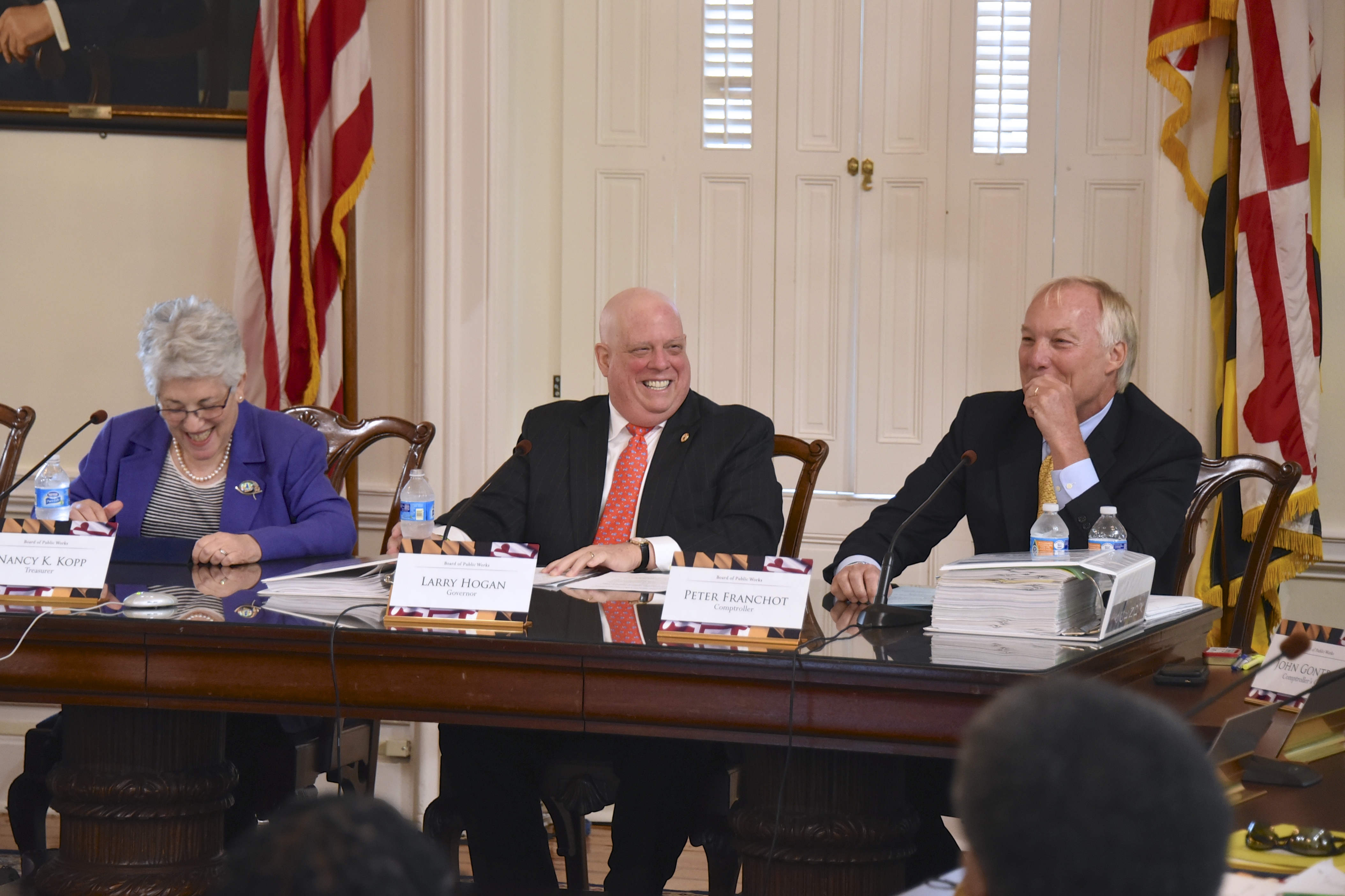 Approval of a nearly $800,000 contract with a longtime state vendor was postponed when Gov. Larry Hogan and Comptroller Peter Franchot raised sharp criticisms over the company’s outside payments to former Gov. Martin O’Malley, at Wednesday’s Board of Public Works meeting.

As part of a $140,000 speaking contract, O’Malley delivered the keynote address at Environmental Systems Research Institute’s annual user conference in San Diego in July, said Christian Carlson, a representative from the company who addressed the board.

“Hope that was a hell of a speech,” Hogan remarked.

A spokeswoman for O’Malley would not directly address the speech-contract details, but said ESRI’s relationship with the city of Baltimore and state of Maryland predate the former governor’s tenure.

Wednesday, the board tabled a proposed ESRI contract renewal option, deferring action to the next meeting, scheduled for Oct. 7. The renewal, if approved, would run from Oct. 1 through Aug. 31, for an amount of $784,252.

ESRI’s initial, three-year contract, a sole-source bid, was initially awarded in 2011 for $2,130,000. In August 2014, the first of two one-year renewal options was approved without discussion by the board, which included then-Gov. O’Malley, for an additional $876,000.

Both Hogan, a Republican, and Franchot, a Democrat, acknowledged their approval of ESRI’s technology and service, but challenged what they called the “optics” between the company and former state leader.

“Look, I’ve said that the product you deliver is good. My concern is that it’s a sole-source contract and, right after the governor leaves office, you have a $140,000 contract to come out and give a speech,” Franchot said. “I’m comfortable with your company, I’m not comfortable with the quid pro quo.”

In response, Carlson explained that ESRI invited the former governor as “a thought leader,” and said ESRI frequently leverages experts to “evangelize and advocate for the use of geographical information and spatial analysis.”

O’Malley, who is running for the Democratic nomination for president, is known for his use of geographic information systems, which are used to analyze geographical or spatial data, often to understand patterns or trends. The technology was used in his CitiStat and StateStat programs, in addition to his public tracking of the state’s capital-project spending.

“It’s no surprise that Gov. O’Malley would be chosen to be an advocate for mapping and GIS technology — over the years, he has won international recognition for his leadership on using both to better government services,” O’Malley spokeswoman Haley Morris wrote in an email. “Ultimately, it’s up to the state to decide how to handle state matters.”

In response to a question from Franchot regarding other state politicians employed or contracted by the company, Carlson said a former governor of Wyoming is now a staff member at ESRI.

“It may be acceptable out in Wyoming,” Franchot said, “but it’s not acceptable here in Maryland, as far as I’m concerned.”

After the board voted 2-1 to defer, Treasurer Nancy Kopp, a Democrat, emphasized her opposition, calling ESRI a “world leader” in GIS software with the graphics to inform and guide decisions for state officials.

The board approved a dental services contract for Medicaid recipients in the state for up to $15,444,000 over five years. The Department of Health and Mental Hygiene awarded the contract to Scion Dental Inc., over the current provider DentaQuest.

Scion Dental Inc. had both the lowest bid and the highest technical evaluation of the three bidders that were evaluated, said Secretary Van Mitchell of Health and Mental Hygiene.

The board declined to defer the vote and the new contract passed 3-0.

Despite past criticisms from Franchot and Hogan about agencies’ procurement processes, a number of retroactive contracts once again appeared on the agenda.

Five contracts, dating back to as early as October 2013 and totaling $1,495,622, came from the Department of Juvenile Services. They covered a range of services including optometry and dental care for detained youths, community sex offender treatments and the Violence Prevention Initiative Program, which targets high-risk juvenile offenders.

They were discovered, said DJS Secretary Sam Abed, during a comprehensive review of contracts and the procurement process. Hogan praised the secretary and agency on their efforts.

“The comptroller and I — it’s no secret — complain every single meeting about retroactive contracts and extension requests in order to complete new procurements,” Hogan said, “and I’m very pleased that DJS is taking proactive steps to fix the problem.” 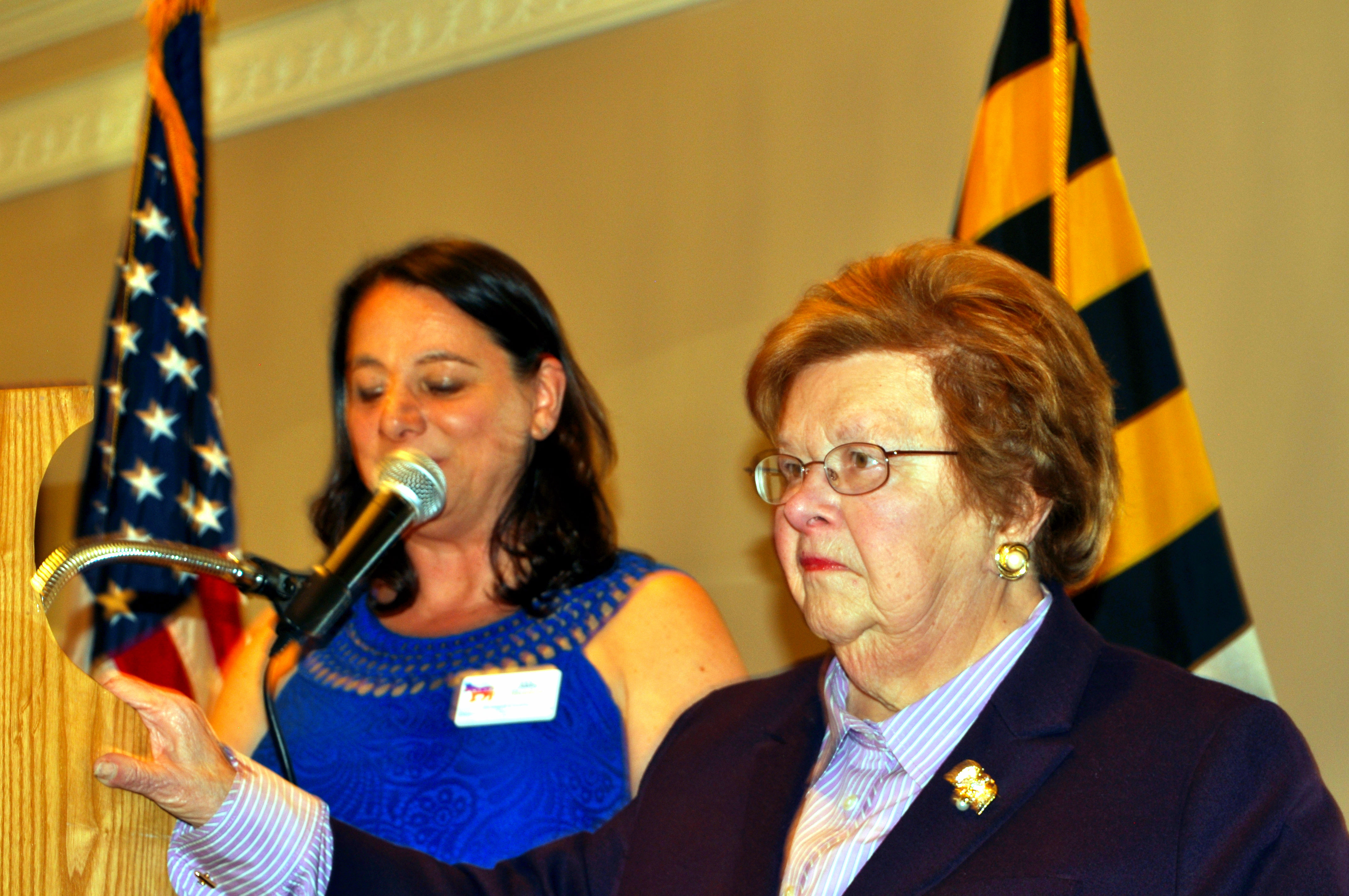