GOVERNMENTS ‘GOLDEN’ TRASH: The pile of fruit and vegetable scraps bakes for weeks under a breathable cover, eventually reaching temperatures above 160 degrees, Arelis Hernandez reports for the Post. Broken down by microbes and carefully monitored by employees of the governments of Maryland and Prince George’s County, the waste transforms into a fine brown dirt that can be sold in bulk as garden compost for $12.50 per cubic yard. “That’s the gold,” operations manager Randy Bolt said recently, as he handed a pair of gloves to supervisor Steven Birchfield, who pushed into the pile and cupped the fresh compost in his hands as if it were a newborn. “This stuff sells out fast.”

SUPPORT CONTINUES FOR HOGAN: The outpouring of support for Gov. Larry Hogan since his June announcement that he is fighting cancer includes that of President Barack Obama, Michael Dresser reports for the Sun. “Larry, I just wanted to let you know that Michelle and I are thinking of you during this challenging time. Stay strong and beat this thing!” says the note on White House stationery and signed with Obama’s familiar flourish.

ECKHARDT ON LEAD PAINT: The Mid-Shore Board of Realtors got a legislative update on Thursday  at its crab feast and election results event in Easton. Josh Bollinger of the Easton Star Democrat reports that Sen. Addie Eckardt said she “dared to tackle” in the last Maryland legislative session is lead paint, which “seems to be a sacred cow in Annapolis, because if you try to introduce anything having to do with lead paint, you get shut down and you have a real fight on your hands.”

SCHUH ON HOLT: Anne Arundel County Executive Steve Schuh said was not defending state Housing Secretary Ken Holt when he suggested mothers could poison children on purpose to obtain free public housing. Rema Rahman of the Annapolis Capital reports that Schuh said that comments he made to the Sun at the Maryland Association of Counties summer conference in Ocean City were mischaracterized. In the article, Schuh called Holt’s comments “silly” but then offered “a qualified defense of his fellow Republican.”

LEAD PAINT DEFENSE CHALLENGED: Lead-paint plaintiffs’ attorneys say they plan to ask the Court of Special Appeals to report an opinion issued Thursday striking down what they call a common defense argument in lead-paint cases. A unanimous appellate panel held that a loss of IQ points, even a small amount, is a compensable injury, a fact not changed by a plaintiff who has an already low IQ, Heather Cobun reports for the Daily Record.

HOLT AS LIABILITY: Maryland Housing Secretary Ken Holt may be a nice guy, a financial expert, a former member of the House of Delegates from Baltimore County, a cattle rancher and a breeder of thoroughbred racehorses, but he has turned himself into a giant liability for Maryland Gov. Larry Hogan.  “Holt’s stunningly ignorant claim made at the Maryland Association of Counties gathering in Ocean City — that some low-income mothers might poison their children with lead weights to get free housing — was so far afield from reality that both Hogan and Lt. Gov. Boyd Rutherford disassociated themselves from his assertions,” writes Barry Rascovar for MarylandReporter.com.

WAR ON BALTIMORE?: A recent Washington Post article tries to spin up the idea that Democrats have been trying to spin up for months now; that Governor Larry Hogan and his administration have declared a “War on Baltimore” determined to punish the city for being a Democratic bastion. Nothing, of course, could be further from the truth, says Brian Griffiths in the Red Maryland blog. And such statements hide the real War on Baltimore that’s going on every day by Democratic leaders. 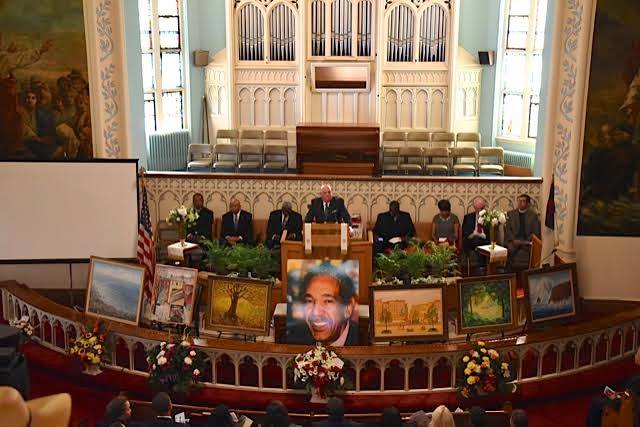 Gov. Larry Hogan spoke Sunday at the funeral of Dr. Kieffer Mitchell Sr. “Keiffer Mitchell loved his neighbors even more than himself – that is his legacy. And my prayer today is that his legacy will live on in our lives, and in the life of the city of Baltimore.” (From Larry Hogan’s Facebook page)

FROSH ‘EXTREME’ ON ABORTION: Brian Griffiths of Red Maryland opines that Brian Frosh is the most left-wing Attorney General that Maryland has ever had. His record on abortion issues can be summed up in one word: extreme. One of many Democrats in this country who believe that it should be legal to abort an unborn child up until the moment that the child is born. And that’s why Brian Frosh has a political opportunity to do the right thing. Frosh has the opportunity to take a look at Planned Parenthood’s operations here in Maryland. See what they’re doing. And vindicate them if they aren’t doing anything wrong.

AA LEGISLATORS ‘ALMOST PRO-BIZ:’ Anne Arundel County legislators are 1 percentage point away from being pro-business, according to the Maryland Business for Responsive Government annual roll call release. Chase Cook reports in the Annapolis Capital that the organization tracks votes from delegates and senators to determine if they voted in “pro-business” ways. Much like any legislative report card, the definition is set by the organization authoring the report. These numbers were achieved by analyzing eight Senate Votes and 11 House votes.

GAMING REGULATION SPILLOVER: Last summer, regulations from the Maryland Lottery and Gaming Control Commission threatened family-owned arcade businesses in Ocean City, but they didn’t go through as planned, Del. Mary Beth Carozza said. Arcade owners have Gov. Larry Hogan to thank for the stopping of the original regulations, she added. But now, Emily Chappell of the Salisbury Daily Times reports, newly proposed regulations will still negatively impact the family arcade owners. The regulations were more about an issue with other gaming operations in the state, and these arcade operations have been caught up in them.

FREDERICK HOMOGENOUS TEACHERS: Jeremy Bauerwolf and Kelsi Loos of the Frederick News Post report that data shows the Frederick County Public Schools student population is more diverse than the overall population in Frederick County, but one local group is worried the number of minority teachers in the county does not match that growing demographic. More than 82% of Frederick County’s population was white in 2013, according to the Census Bureau data. Data provided by the school system indicates that during the 2014-15 school year, approximately 62% of the 40,672 students were white.

CHILD SUPPORT CASES IN WA CO: In Washington County, there are about 5,800 current child support cases, according to Barbara Moyer, assistant director of child support. In the last five years, Moyer said, the number of child support cases has not fluctuated much. Carlee Lammers of the Hagerstown Herald Mail reports that more than 5,300 cases in Washington County are under a court order, meaning they have been established and signed by a judge. The remaining 500 are not established for a multitude of reasons, often times because the noncustodial parent cannot be located, Moyer said.

GOP NEEDS WOMEN CANDIDATES: Goucher College’s Mileah Kromer, in an op-ed for the Sun, writes that, given the national policy discussions, a recent Republican gubernatorial win, a competitive primary on the Democratic side, Maryland Republican activists should be actively searching for a female candidate to enter the U.S. Senate race to replace retiring Sen. Barbara Mikulski. There is one big problem. The lack of gender diversity among Republican elected officials in Maryland has made this female candidate — someone with the experience and background to take on the Democrats in the general election — tough to find.

O’MALLEY USES TRUMP SLIGHT: Democratic presidential candidate Martin O’Malley touted criticism from GOP candidate Donald Trump — and the National Rifle Association — in a fundraising email on Friday, noting that he is “proud to stand with those who have the guts to stand up to him.”  John Fritze of the Sun reports that Trump, who is leading the GOP field, described O’Malley as a “disgusting, little, weak, pathetic baby” in a Fox News interview. Trump’s ire was ostensibly drawn by the fact that the two-term Maryland governor apologized for saying that “all lives matter” after he was confronted by Black Lives Matter protesters earlier this year.

MO CO’s RIEMER INJURED: Aaron Kraut of Bethesda Beat reports that Montgomery County Council member Hans Riemer suffered a serious injury that required emergency surgery while on vacation with his family this week in upstate New York. Riemer said he was bouncing on a trampoline with his kids and wife Angela around 5 p.m. Tuesday when he realized he was close to landing on one of his kids. He avoided the collision but landed awkwardly. The result was a fractured femur just inside his hip.