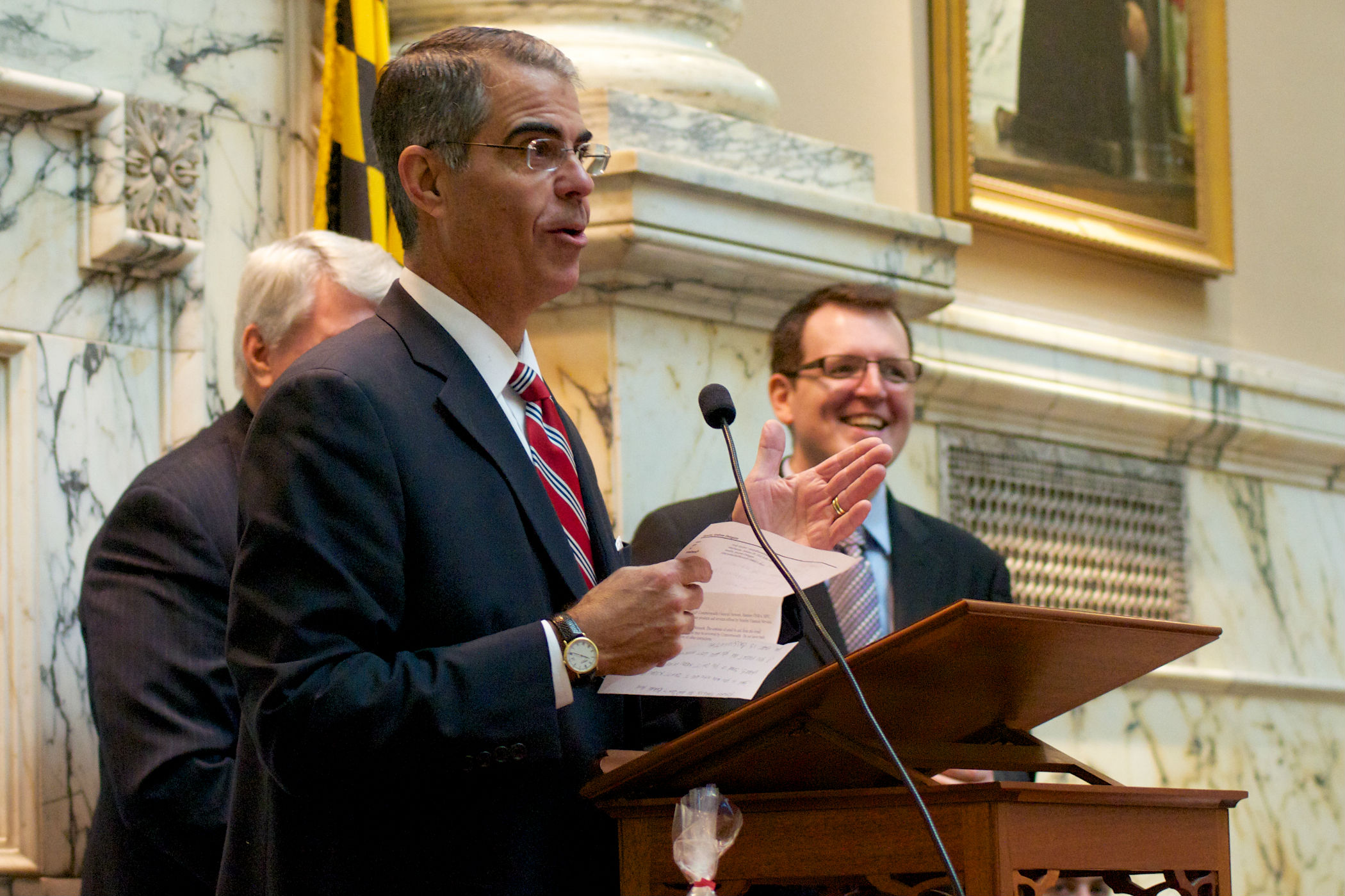 Photo above: Sen. Andrew Serafini and Justin Ready on the House rostrum.

Republican Dels. Justin Ready of Carroll County and Andrew Serafini of Washington County got appointed by the governor and sworn in to their new Senate seats so fast on Monday that they didn’t have time to bid farewell to their former House colleagues till Tuesday.

Over in the House, Speaker Michael Busch teased the late-to-arrive senators about their tardiness as delegates awaited their arrival.

“Unfortunately they’ve been in the Senate one day and they can’t find their way back,” said Speaker Busch, bringing a round of laughter from delegates.

“Thank you all, you won’t believe this, but we were late because there was a really long prayer over there and it wasn’t me,” Serafini joked, going on to thank God and his former colleagues for a great six years serving in the House. (He was initially appointed to his House seat as well, replacing a delegate who went to prison on child pornography charges.)

Sen. Justin Ready echoed Serafini’s thanks to the chamber, going on to tell the freshmen delegates how his experience with the House helped to mold his political values.

“You have an opportunity in this body to really craft your own identity,” Ready said. “We talk a lot about bipartisanship and I believe in it. It’s really about trying to do what’s right by the people of Maryland. If you work hard and sink your teeth into each milestone you can really make a difference in ways that are both big and small.”

“Why they would want to leave is beyond me,” quipped Busch, who has served 28 years in the House, 12 of them as speaker.

Both their House seats will now need to be filled with nominations by the Republican Central Committees in their counties.