HOGAN’S INITIAL BUDGET PLAN: Gov. Larry Hogan on Thursday proposed cutting Medicaid reimbursements, salaries for state employees and extra funding for the state’s most expensive school systems, setting up an immediate test of the call for bipartisanship he issued a day earlier at his inauguration. Several leading Democrats balked at the reductions, which Hogan said are necessary to shore up the state’s fiscal health, John Wagner and Ovetta Wiggins of the Post report.

CUTTING SLOTS: State lottery officials will travel to Annapolis today to brief the Senate on the effect of requested reductions of slot machines at Maryland Live and Horseshoe Casino, reports Bryan Sears in the Daily Record. Sen. Edward Kasemeyer, chairman of the Senate Budget and Taxation Committee, asked the Maryland Lottery and Gaming Control Commission, to defer decisions on the requests that were scheduled to be discussed at a meeting of the commission today in Baltimore.

A MODERATE GOP: If the new governor can position Maryland Republicans as moderates, it could give the party a historic chance to reestablish itself for the long term as a meaningful political force in the Free State, writes Post columnist Robert McCartney.

FRAZIER, GETTY & CARROLL GOP: Members of the Carroll County Republican Central Committee voted 5-4 Thursday to submit three names for their second open state legislative seat at the request of officials from Gov. Larry Hogan’s administration. They did not, however, reconsider former County Commissioner Robin Bartlett Frazier’s nomination for Sen. Joe Getty’s seat, Wiley Hayes reports in the Carroll County Times. In the meantime, Getty, who was appointed Hogan’s chief legislative officer, has decided to stay in the Senate a while longer to finish some initiatives.

SERAFINI RECOMMENDED: The Washington County Republican Central Committee Thursday night selected Del. Andrew Serafini to fill the state Senate seat vacated this week by Christopher Shank, Dave McMillion and Kaustuv Basu report in the Hagerstown Herald Mail. Serafini’s name will be forwarded to Gov. Larry Hogan, who has the final say in the filling the vacancy. Del. Neil Parrott, R-Washington, was the other candidate for Shank’s position.

W.MD STRUTS ITS STUFF: Positive Attitude Changes Everything. That’s been the mantra for Western Maryland since 1976 when the program PACE was started, writes Shane Riggs for the Cumberland Times News. At the annual exhibition members of Allegany and Garrett County businesses, colleges and elected positions converge on the state capital to remind state legislators, lawmakers and those who write the checks that the two westernmost counties are still a part of Maryland.

HOGAN ON THE HIGHWAYS: Larry Hogan is officially the governor of Maryland. Just check the state’s highway signs. On Thursday, State Highway Administration crews finished riveting thin pieces of aluminum with Hogan’s name onto 21 highway signs across the state that previously spelled out the name of his predecessor, writes Kevin Rector for the Sun.

VAN HOLLEN TO FUND-RAISE FOR HOUSE DEMS: John Fritze of the Sun is reporting that U.S. Rep. Chris Van Hollen, a Montgomery County lawmaker frequently at the center of Democratic messaging on the economy, will serve as the top campaign fundraiser for House Democrats in the next election. And Rep. Dutch Ruppersberger announced Wednesday that he will return to his seat on the House Appropriations Committee after serving four years as the top-ranking Democrat on the House Intelligence Committee.

GOUCHER PART-TIMERS’ UNITE: Part-time faculty members at Maryland’s Goucher College say they are on the threshold of winning formal union representation, marking another step forward in an organizing campaign spread across multiple campuses in the Baltimore-Washington, D.C., area, reports Bruce Vail for In These Times. If Goucher adjuncts win, their victory will be among several won last year by Gaithersburg, Maryland-based Service Employees International Union Local 500.

BACKTRACKING ON THE BAY: Baltimore County has no shortage of polluted water. Eight bodies of water have been classified by the U.S. Environmental Protection Agency as “impaired,” meaning they are too polluted to meet minimum water quality standards. Given that reality, it came as a bit of surprise to hear Baltimore County Executive Kevin Kamenetz offer two recent pronouncements, opines the editorial board for the Sun. First, that he would seek to reduce the stormwater remediation fee by one-third (from $39 per year to $26 for most county residents). Second, that he’d like to see the timetable for court-ordered water quality improvements delayed beyond the current 2025.

SCHUH STAFF SALARIES: Four out of 10 employees in County Executive Steve Schuh’s office who make close to or more than $100,000 also worked on his campaign, reports Rema Rahman for the Annapolis Capital. A list of salaried employees provided to The Capital by the Schuh administration shows a $92,000 post for his campaign spokesman and a $130,000 income for his campaign manager-turned-chief of staff. 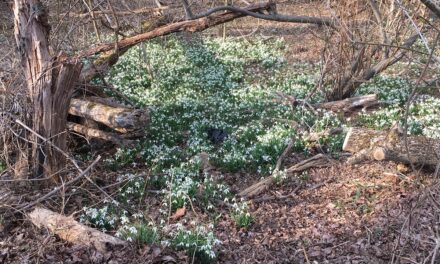