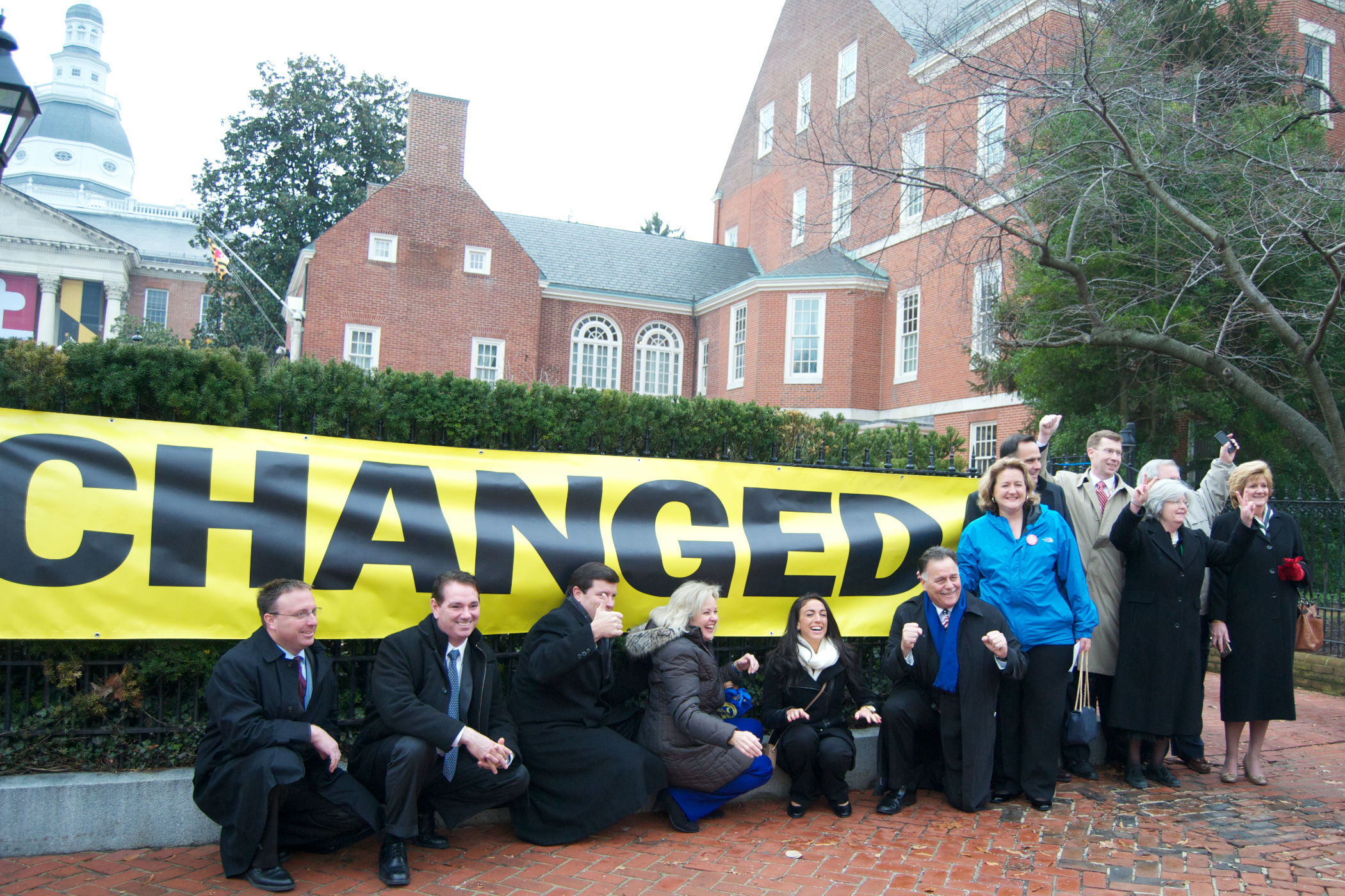 Republicans of the House and Senate kicked off inaugural celebrations early Wednesday, by hoisting a large yellow banner marked “Changed!” outside the back gate to Government House, the governor’s mansion.

Republican Sen. Wayne Norman of Harford County spearheaded the creation and hanging of the banner. He pointed across the street to his window in the James Senate Office Building, where he would be able to enjoy the new view until it was taken, which happened within 90 minutes of the hanging.

The banner did stay up until Gov.-elect Larry Hogan rolled up the drive in his state SUV, past the sign of things to come.

Norman said that he thought to himself two days before the inauguration that someone “ought to make a sign,” and that’s exactly what he did.

“It’s not a protest, just a celebration,” Norman said.

As the Republicans posed themselves around the banner for pictures, some were heard shouting “Go left! Oh wait, we’re not good at that”, and “We got to run the new management sign.”

Former first lady Kendel Ehrlich navigated her car up the drive through the gathering and shouted with a smile, “they got to let us in now.”