OPENING DAY: Maryland lawmakers are planning to hear from the state’s incoming Republican governor today and its outgoing Democratic governor on Thursday as the annual 90-day legislative session gets underway in Annapolis. The 435th session of the General Assembly is set to convene at noon today, writes John Wagner for the Post.

NEW KIDS ON THE BLOCK: When the Maryland General Assembly reconvenes today, there will be a sea of new lawmakers taking the oath of office, reports Jenna Johnson for the Post. This crop of freshmen includes a former drug dealer, a liberal blogger and a saloon owner. There are three medical doctors, several military veterans and a guy who has worked for 25 years at a plant that produces construction materials. She reports one interesting fact about each.

MORE STAFF APPOINTMENTS: Gov.-elect Larry Hogan reinforced his vow of bipartisanship while also signaling a potential fight with Democrats over mass transit as he announced more staff appointments Tuesday, writes Timothy Wheeler and Erin Cox for the Sun. Hogan said a prominent Baltimore Democrat, former Del. Keiffer Mitchell, will oversee some of his legislative initiatives — including a proposal to expand access to charter schools in Maryland.

Transportation Secretary-designate Pete Rahn, far left, gestures toward Gov.-elect Larry Hogan, far right, as other Hogan appointees look on. From left they are Steve McAdams, director of the Governor’s Office of Community Initiatives, Del. Keiffer Mitchell as special adviser to the governor for education, and Del. Jeannie Haddaway-Riccio as director of intergovernmental services.

PURPLE LINE PART 2: In Part 2 of a two-part MarylandReporter.com series on the Purple Line, Glynis Kazanjian writes addresses the criticism of the Purple Line. Moving forward on the project would be a major financial commitment for Republican Gov.-elect Larry Hogan, who has at times been harshly critical of the project, she writes.

LOWER TOLLS: Gov.-elect Larry Hogan said Tuesday he plans to review road tolls in Maryland with an eye toward lowering them, reports the AP’s Brian Witte in the Salisbury Daily Times.

REBUILD THE MIDDLE CLASS: A group of 27 — 19 of them newly elected delegates — Democratic legislators asked MarylandReporter.com to publish an open letter to Gov.-elect Larry Hogan outlining ways in which the state can help rebuild Maryland’s middle class.

IT’S ALL ABOUT THE BUDGET: Legislators old and new come to the State House today, followed a week later by a new Republican governor, for a 90-day session that will be dominated by the budget, reports Bryan Sears for the Daily Record. “The budget is really what we’re about,” said Senate President Mike Miller. “Whether it’s the environment. Whether it’s health care. Whether it’s public safety. Whether it’s K-12 or higher education, this tells the public and all who care what the state is caring about, what their elected officials are feeling about these various programs.”

THE AGENDA: As Gov.-elect Larry Hogan and the new legislature get down to work for the 90-day session, the editorial board for the Sun weighs in on broad themes that will be the focus, including the budget and the environment.

RIGHT TO DIE: State Sen. Ron Young says in coming months he will promote legislation that would give terminally ill Marylanders the freedom to end their own lives, reports Bethany Rodgers for the Frederick News Post. The proposal backed by right-to-die advocates would give doctors permission to prescribe lethal doses of medication to adult patients who are within six months of death.

GOP CAUCUS LEADERSHIP: Republicans in the House of Delegates re-elected their leadership team to guide the caucus into a year where they say the GOP has more sway than ever, the Sun’s Erin Cox is reporting. The caucus endorsed House Minority Leader Nic Kipke and Minority Whip Kathy Szeliga Tuesday to continue the roles they won in a 2013 toppling of Republican power in the chamber.

GOP PEP RALLY: A reception for the Republican legislative caucus in Maryland on Tuesday, the eve of the opening of the General Assembly, was part victory party and part pep rally, reports Ovetta Wiggins for the Post. And at center stage was the star of the team: Gov.-elect Larry Hogan.

MOVING OUT: Three Von Paris moving vans were seen outside Government House Tuesday as Gov. Martin O’Malley’s family begins their move out of the official residence, according to Chase Cook for the Annapolis Capital.

FROSH SPEAKS: Newly sworn in Attorney General Brian Frosh answered questions this week about his role, his ideas on business and his prospects for working with Republican Gov.-elect Larry Hogan, in this interview with Rick Seltzer for the Baltimore Business Journal. 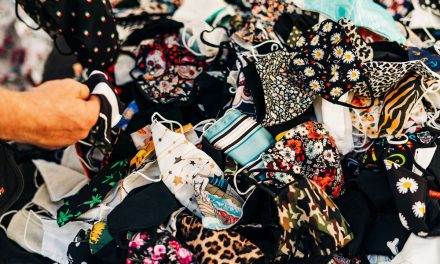