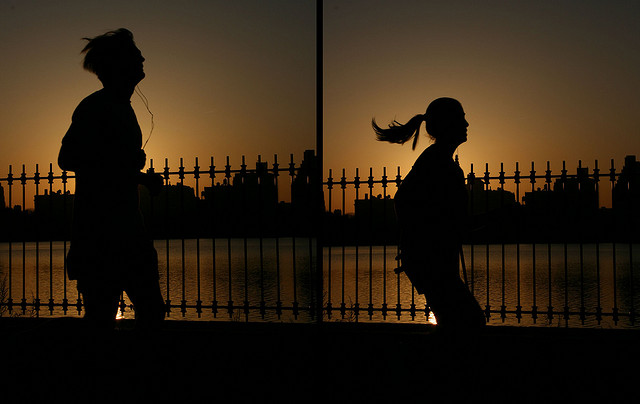 Over the rivers and through the woods, two dozen runners and bikers will start a 3-day super marathon Friday morning to traverse the 225-mile perimeter of Maryland’s 3rd Congressional District, the second most gerrymandered seat in the country.

The “gerrymander meander” is organized by Common Cause, the League of Women Voters, and the Annapolis section of the National Council of Jewish Women to encourage Maryland to reform its highly partisan process of congressional redistricting.

According to polling commissioned by the Greater Baltimore Committee last year, three out of four Maryland voters (73%) think “having an independent commission draw up voting districts is better than the current system where elected officials redraw voting districts.”

The first 206-mile phase of the meander is set to go nonstop for 36 hours, from 10 a.m. Friday to 10 p.m. Saturday. Sunday morning the runners will complete the final 19-mile legs to and around Annapolis. About two dozen runners and bikers, along with support crews, are scheduled to participate. The scheduled stops are listed in the flyer at the bottom of this story.

In 2011 and 2012, MarylandReporter.com did dozens of stories on the redistricting process and its outcomes, summarized in an October 2012 commentary, which links back to several other major stories.

The 2012 referendum to overturn the partisan redistricting maps drawn in 2011 failed. That was partly due to the fact that few peoples saw the oddly shaped maps and the ballot language implied there was a constitutional obligation to draw the maps this way.

Now only one of Maryland’s eight U.S. representatives is Republican, even though about a third of Marylanders consistently vote Republican. The 1st district is represented by Republican Rep. Andy Harris, and runs from Ocean City up to Carroll County and the Pennsylvania border, packing in as many Republicans as possible.

The outlandish shapes of some of the other districts are due to the wishes of various incumbents to maintain certain constituencies. The meander organizers say: “Voters should choose their elected officials. Elected officials should not choose their voters.”

One outcome of incumbents choosing their voters is that six of Maryland’s 10 members of Congress — both senators and four congressman — live in Baltimore City and County within a 12-mile radius of the Towson county courthouse.

Maryland’s General Assembly site has lots of information, but it’s hard to find