Auditors have found continuing problems with how the Maryland State Treasurer’s Office handles workers compensation insurance payments and claims for state employees amounting to $268 million over the past three years.

The legislative auditors said the treasurer’s office didn’t verify payments to the Injured Workers Insurance Fund or assure the contract for IWIF’s services is consistent with services actually performed. The office also did not try to reduce workers comp losses by assessing the claims data or get those data to the agencies ultimately incurring the claim expenses, so they could cut claims losses.

The Office of Legislative Audits (OLA) reported these longstanding findings in its latest audit of the State Treasurer’s Office (STO). They also found other problems with transfers of interest earnings, and modernizing two cash-disbursements internal controls.

IWIF, which was set up by the legislature, is now independent Chesapeake Employers Insurance Co. under a law passed in 2012, but IWIF continues to exist to process workers compensation claims for state employees.

Treasurer says its up to the legislature

In her response, State Treasurer Nancy Kopp said, “This is basically a public policy issue and further, that the policy decision is one for the General Assembly, first, and the Board of Public Works, second, to make. It is not a policy decision to be made by the Office, which simply serves as the administrator for the State’s contract with IWIF. This issue includes the determination whether the claims processing services currently being performed by IWIF should be competitively bid.”

The auditors also reported that the treasurer made substantial progress by resolving nine of 12 findings from its prior audits.

The treasuer’s  manages a major contract between the Board of Public Works (BPW) and the Injured Workers Insurance Fund for third-party administration of the self-insured workers’ compensation program for state employees. This amounted to $268 million over the last three years.

The treasurer has not implemented several longstanding recommendations made by legislative auditors since 2007 and the Maryland Insurance Administration in January 2011, to safeguard the state’s interest in the IWIF. These recommendations include:

Kopp, who has been state treasurer since 2002, takes the position that her office is simply doing what the legislature has told it to do and staffing resources limit its internal control capacity to administrative functions.

However, in response to the audit and after seeking clarification from the legislature, Kopp agreed to begin working with the Board of Public Works, on which she serves, “to obtain the necessary staff that will be required to negotiate a new contract incorporating a new payment structure and other contract requirements in the best interests of the state.”

OLA reported that similar conditions involving smaller amounts have been reported in its seven preceding audit reports dating back to September 1993.

In response to the audit, the treasurer’s office maintained that responsibility for transferring interest in state accounts is jointly held by agencies and the STO. Kopp’s office blamed the lack of direct oversight of each interest transfer on the very large number of accounts and limited staff.

As of the date OLA finished its audit fieldwork, STO had not implemented two automated processes to modernize its cash disbursement controls This led to:

The treasurer’s office responded that it implemented corrective actions for daily cash estimating on July 1 and for enhanced computer matching on May 1. 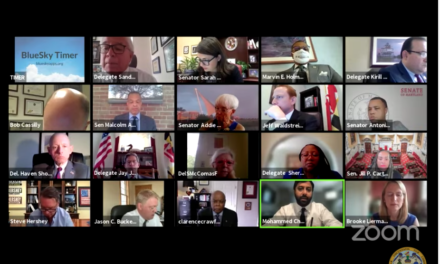