LGBT YOUTH SERVICES: Advocates for the lesbian, gay, bisexual and transgender community, in a report to be released today, will call on state officials to improve services for marginalized and bullied LGBT youth in schools, foster homes and detention centers across the state. They cite national statistics showing LGBT youths make up much as 40% of the homeless children on the streets of Baltimore City and other major cities, and a 2011 survey in Maryland by the Gay, Lesbian & Straight Education Network that found about 80% of LGBT students reported verbal harassment and 30% said they had been physically assaulted, Kevin Rector of the Sun writes in an article in the Carroll County Times.

AUTOPSY TECH WAGES: Despite the vital and difficult work they do, entry-level autopsy technicians in the state make just above the national poverty level, if they are providing for a family of four. Others who have been in the office for decades don’t make much more than their less experienced colleagues, reports Sean Yoes for the Afro. All 12 in the state’s Office of the Chief Medical Examiner perform autopsies for homicides and all are African American. The 12 are petitioning the governor and the state legislature demanding increased wages for the work they do.

INTERNET GAMING: Federal legislation that could prohibit Internet gaming in Maryland and other states could result in more uneducated kids, unsafe streets and veterans and senior citizens languishing in a world without needed government services. So says Maryland Lottery and Gaming Control Agency director Stephen L. Martino in an op-ed published over the weekend on the Great Falls Tribune website in Montana. Bryan Sears of the Daily Record reports about this view and others on the importance of gaming funds.

WATERWAY ACCESS: Personal access to waterways can be difficult nationwide, but in Maryland, the state Senate passed a bill that established a task force to study and improve boating in the state, and the House passed a bill that requires the Department of Transportation, when constructing or improving a waterway crossing, to review how that crossing could be improved for water access, Jonathan Munshaw writes in the Sun.

TAX-FREE WEEK: Comptroller Peter Franchot went to Westfield Annapolis mall Monday to promote the state’s tax-free week, which runs through Saturday. During this time, qualifying apparel and footwear that is $100 per item are exempt from the state’s 6% sales tax. In February, there will be a three-day tax weekend where the sales tax will not apply to the sale of Energy Star Products – such as air conditioners, clothes washer or dryers, heat pumps – or solar water heaters, writes Shantee Woodards for the Annapolis Capital.

BROWN’S FOUR CORNERS: Josh Kurtz of Center Maryland writes that Anthony Brown is using a storied — and at times boring — college basketball strategy in attempting to win his race for governor: Dean Smith’s Four Corners strategy to keep the ball away from his Tar Heel opponents and run the clock out. But is it working?

DEL. LEE SEEKS SENATE SEAT: With 12 years of experience under her belt, Del. Susan Lee thinks it’s the right time to represent her district in the Senate, reports Elizabeth Waibel in the Gazette. Lee, a Bethesda Democrat who has served in the House since 2002, said she can use the relationships she has in the House and the work she has done to advance policy goals in the Senate.

McKAY VS. SCARPELLI: While they agreed on some issues, Maryland House of Delegates candidates Mike McKay and Nick Scarpelli clashed over education funding among others, reports Matthew Bieniek for the Cumberland Times News. The two are running for the District 1C seat held by Del. LeRoy Myers?Jr., who is running for the Washington County Commission. McKay and Scarpelli participated in a forum on Monday.

HARRIS SPEAKS: Perhaps not unlike his former life as a physician with patient consultations, U.S. Rep. Andy Harris schedules short, 15-minute segments for press interviews. And like most doctors pushing through a day of appointments, he talks quickly about the patient’s condition and options, writes  Dave Wheelan of the Chestertown Spy. He offers a 10-minute video interview with the incumbent, who is running against Democrat Bill Tilghman in the November election for 1st Congressional District.

LOWERY TOUTS STUDENT GROWTH: Maryland Schools Superintendent Lillian  Lowery welcomed 128 new Washington County Public Schools teachers Monday, the first day of the school system’s three-day academy for new teachers, reports Julie Greene for the Hagerstown Herald Mail. Lowery told the teachers that one thing state educators thought would help address that achievement gap was for teachers to focus on student growth rather than trying to have every student reach the same benchmark for “adequate yearly progress,” regardless of the skill level each student begins the year with.

RACE FOR ARUNDEL EXEC: June’s culmination of the fierce fight for Anne Arundel County executive between Republicans Steve Schuh and incumbent Laura Neuman may have given the impression that it was a one-act play and that the final curtain is down. But, writes Len Lazarick for MarylandReporter.com, there’s now a second act in November, with Democrat George Johnson coming on stage to contest Schuh.

CARROLL VACANCY: The current Carroll County Board of Commissioners wants to hire a new county administrator as soon as possible, but candidates from both parties running for seats on the board think the hiring decision should be delayed until after the November election and the seating of a new board, reports Christian Alexandersen for the Carroll County Times. 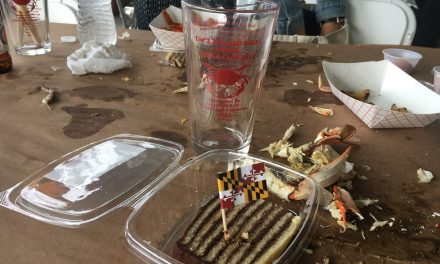