The stunning June 10 primary election defeat of the No. 2 Republican in the House of Representatives, Virginia’s Eric Cantor, robbed the Old Dominion of a dominant power in Washington who soon might have been Speaker of the House.

Yet what happened to Cantor — too much complacency and too much focus on all things Washington — has happened before.

Cantor should get to know Beverly Byron.

Maryland lost a wealth of political influence and congressional power when Bev Byron was ambushed in her Democratic primary in 1992.

At the time, the seven-term congresswoman chaired the Military Personnel and Compensation Subcommittee and was a major player on defense and nuclear disarmament issues.

Byron also came from Western Maryland political royalty. She shouldn’t have lost in 1992, or ever. Yet she did, ironically by the same 56-44 percent margin as Eric Cantor.

Byron, a conservative Democratic vote in the House for the Ronald Reagan and George H.W. Bush (Bush the Good) administrations, forgot that in Democratic primaries, liberals come out in droves and can make the difference, even in right-leaning Western Maryland.

Three-term Del. Tom Hattery of Mount Airy understood that dynamic and capitalized on it in 1992.

He pilloried Byron for voting in favor of a $35,000 congressional pay raise during a national recession. He mocked her frequent, taxpayer-paid overseas trips as a senior member of the House Armed Services Committee.

Hattery’s effective radio ads listed her ports of call and labeled her travels “Lifestyles of the Rich and Famous.”

Byron, still focused on her congressional duties and confident of reelection, didn’t know what hit her.

Not that it did Hattery any good.

His liberalism proved toxic in the Western Maryland general election in which an ultra-conservative Republican farmer-scientist, Roscoe Bartlett, won an easy victory and stayed in Congress for 20 undistinguished years.

Cantor’s loss, though, isn’t likely to cost Republicans a seat in Congress. His Virginia district is deeply conservative and deeply Republican.

For Bev Byron, her loss ended the Byron congressional saga in Western Maryland.

Bev had succeeded her husband, Goodloe, who dropped dead of a heart attack at 49 while jogging on the C&O Canal.

Goodie Byron, as he was known, had served four terms in Congress and likely could have kept his safe seat for decades had he taken his cardiologist’s advice to stop training for marathons.

Goodie’s father, William Devereux Byron II, had represented Western Maryland in Congress from 1939 to 1941. He died in an airplane crash in Atlanta. (Also seriously injured in that Eastern Airlines crash was World War I aviation ace Eddie Rickenbacker, who at the time ran Eastern.)

Bev Byron’s defeat 22 years ago remains one of the biggest primary upsets in Maryland history. An established and influential member of Congress usually has nothing to fear at election time in the party primaries.

Maryland suffered for the next 20 years from Bartlett’s incompetence and lack of influence, even among his fellow Republicans.

Now the suburban and rural counties surrounding Richmond will suffer a lack of clout in Washington for years to come.

Economics professor Dave Brat, a tea party acolyte, just won’t be able to bring home the patronage bacon the way a heavy-hitter in leadership like Cantor could do.

It’s similar to the power outage that happened in Western Maryland in 1992. That outage lasted two decades. 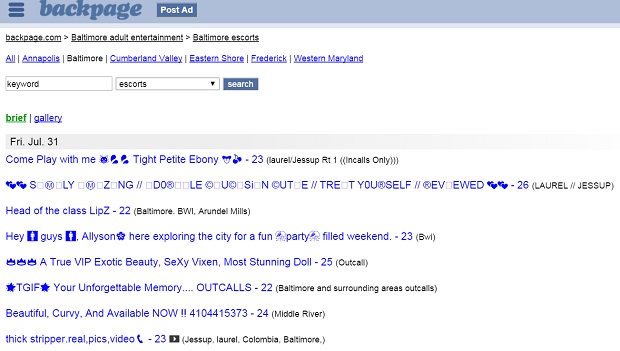 Business groups ask candidates not to sign pledges before the election