More than $32 million was spent last year lobbying state government, and the health-care industry was the top spender at $7.1 million.

The figures come from the official reports on lobbying by the State Ethics Commission, further massaged in an analysis by Common Cause, the good government advocacy group, which called the totals “staggering.”

Not surprising in a year that saw the implementation of Obamacare, causing the further growth of state involvement in health care through Medicaid, 62 health-care organizations spent $7.1 million on lobbying.

The Maryland Hospital Association topped the list of firms at $665,000.

The numbers do not include lobbying by state agencies, county governments and municipalities, which spend millions more, but are not required to report spending to the State Ethics Commission.

The other top categories for lobbying the legislature or state agencies in the regulatory process, as compiled by Common Cause, were utility and energy, $3.4 million; builders and Realtors, $3.2 million; gambling, $1.9 million; and business, $1.3 million.

The Top 10 individual spenders on lobbying were (numbers are rounded):

The total compensation paid to the 148 lobbyists listed in the report was over $37 million. Almost $2 million was spent by these lobbyists on dinners, receptions and other events for legislators. Lobbyists are not allowed to take individual legislators out to dinner, but they may invite whole committees, delegations or the entire legislature.

The 10 highest grossing lobbyists were:

These numbers reflect gross billing by lobbyists, and include the money they spend on associates, support staff, offices and other expenses.

“While lobbyists have a role to play, with these top lobbyists reporting over $37 million in income – and a growing cadre of former elected officials and upper level staff joining the ranks of the lobbying corps – we are concerned that the voice of special interests is growing louder than the voice of constituents,” said Jennifer Bevan-Dangel, executive director of Common Cause Maryland.  “We support legislation to strengthen training and reporting requirements for lobbyists and to slow down the revolving door from public servant to private lobbyist.”

Flag Day: Banners are symbol of liberty their sewers hope to regain 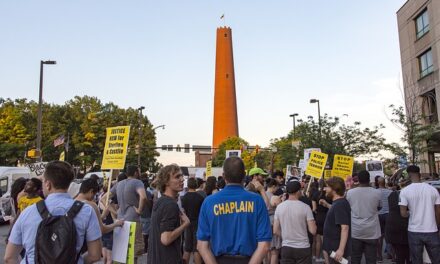