Rascovar Commentary: Md. deficit — Half a billion and counting

When legislators finished the 2013 General Assembly session in April, they patted themselves on the back for putting the state on a glide path to wipe out Maryland’s long-running structural deficit in the next budget. Think again.

This month’s fiscal prediction by the Department of Legislative Services projects a structural imbalance by next June 30 of over half a billion dollars with nearly as much red ink the following year. It’s a stunning reversal.

Even worse, that projection was made before carnage from the Republican-instigated federal government shutdown could be fully factored into the equation.

It’s now almost certain December’s revenue update will show a dip in holiday spending (and tax collections) as Marylanders cut back on purchases due to worries about a second federal closure and a weak recovery.

Economic uncertainty and the prospects of another train wreck in Washington will keep businesses from hiring or expanding. Federal contractors are especially vulnerable and will continue to lay off workers and hunker down.

Maryland is so heavily dependent on federal employment that another prolonged political stand-off could send the state budget into free-fall.

While much of Maryland’s dilemma is due to lingering effects from the Great Recession and a dysfunctional Congress, the main culprits are Gov. Martin O’Malley and Democratic leaders in the legislature.

Spending vs. revenue out of balance

Time and again they have resisted unpopular but necessary steps to rein in social spending. O’Malley, in particular, was determined this year to ramp up aid to colleges ($157 million more), K-12 schooling ($187 million), health care ($138 million) and Medicaid ($243 million) in spite of continuing weaknesses in Maryland’s economy.

That $172 million gap between what Annapolis spends and takes in now is expected to balloon to a $307 million gap next year – and that’s not accounting for more bad news before the budget is released on the third Wednesday in January.

One of the key drivers is eminently fixable – but not by this governor and not in an election year. Debt service on Maryland’s general obligation bonds is soaring. This requires some explanation.

Up until 2013, the state’s modest property tax (11.2 cents per $100 of a property’s assessed value) raised enough money to cover debt service payments to bondholders.

But because the state keeps issuing more bonds each year, the amount needed to cover interest and principal is rising 6% annually – despite ultra-low interest rates.

Unfortunately, property tax revenue is flat. Thus it no longer covers rising debt expense – it will fall $300 million short of the goal next year.

Debt service — the interest and principal which must be paid every year — is not allowed to exceed 8% of the state general fund revenues.

Why? Because the Great Recession sent housing prices plummeting. Today, Maryland’s taxable property base is $43 billion lower than at its peak.

No rebound is expected anytime soon, either, because of Maryland’s phased-in and capped system of re-assessing property values.

Thus, O’Malley will have to find $259 million in his January general fund budget just to cover debt service. That puts a huge crimp in his plans to make his final social spending plan especially generous.

There’s an easy way to remedy the situation: Raise the state property tax rate a penny or two. That would restore the rate to its 2006 level.

Such a move would cut in half Maryland’s general fund structural shortfall next year and restore the original intent of the state property tax – to pay all bond expenses.

Unless O’Malley acts, the situation will grow considerably worse. By 2017, the next governor will be diverting $531 million in state general funds just to pay the state’s bond debt.

But no action is likely

O’Malley isn’t worried, though, about the next governor’s fiscal dilemma. He’s trying to burnish his reputation as he runs for national office. The last thing he wants in his final year is another rise in taxes.

So the property tax collection shortfall will continue – even though a small hike would barely be felt by homeowners ($30 or $60 on a $300,000 home). It’s another example of elected officials failing to confront festering problems and instead taking the easy and politically comfortable way out.

No wonder American democracy is in such a mess. No one in authority wants to make the tough decision and fix what’s broken.

Getting jobs for ex-offenders key to keeping them from crime 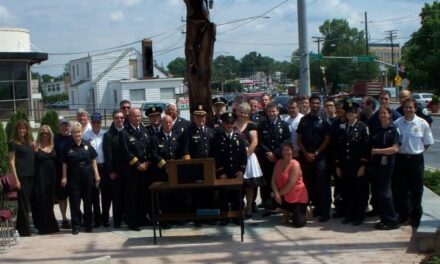