GUN LAW TRIAL SET: A trial date is set for early next year in a challenge by gun owners, stores and firearms advocacy groups who seek to overturn new Maryland gun laws that went into effect this month, reports Andrea Noble for the Washington Times. A four-day trial is scheduled to begin Feb. 10 after the plaintiffs and the state agreed to an expedited schedule, according to recent filings in federal court on one of the cases.

STRUCTURAL DEFICITS LOOMING: Like a chronic skin rash that keeps coming back, the persistent structural deficits that legislators thought they had almost cured earlier this year are looming again for fiscal 2015, reports Len Lazarick in MarylandReporter.com. Chief policy analyst Warren Deschenaux told the Spending Affordability Committee Wednesday that there now appears to be a $400 million potential gap in next year’s budget.

JOBLESS INSURANCE TAX CUTS: The unemployment insurance tax rates paid by most Maryland businesses will be cut by up to 70% in January, Gov. Martin O’Malley announced Wednesday. John Wagner reports in the Post that O’Malley said at an event held with business leaders at the Maryland Chamber of Commerce that the adoption of the lowest of five possible brackets under Maryland’s tax system was made possible by a recovering state economy.

TAXING OUT OF STATE INCOME: The Maryland attorney general’s office has asked the U.S. Supreme Court to review a ruling by the Court of Appeals about the way Maryland handles the taxation of out-of-state income that could cost counties $50 million a year. Ian Duncan of the Sun writes that Maryland provides credits for taxes that are paid to other states but does not extend those credits to the local portion of the state taxes that is used to partly fund counties and Baltimore. A Howard County couple contested the second part of the law and the state’s top court ruled this year that it violates the Commerce Clause of the U.S. Constitution.

ROCKY START TO OBAMACARE: Meredith Cohn of the Sun reports that Lt. Gov. Anthony Brown, who was tapped to oversee health care reform in Maryland, speaking for the first time about the bumpy rollout of the effort’s marketplace for the uninsured, said he was “not satisfied,” and “The state stumbled out of the gate.”

Several Maryland lawmakers, also attending the same meeting as Brown, questioned the rocky start of the Affordable Care Act and the state’s website for signing up. One asked why there was no Spanish language function on the landing page; another asked how much traffic the site was tested for, writes Jack Lambert in the Capital-Gazette.

The editorial board for the Salisbury Daily Times writes that the failures of the insurance exchange websites to date conjure up our worst fears of government, namely, that it isn’t nearly as effective as the private sector. (It should be noted that Obamacare is not government insurance, but the web portals connect uninsured Americans to options to purchase private insurance.)

CARSON’S GIFT: Columnist Leonard Pitts takes a shot at retired neurosurgeon and newly minted conservative pundit Ben Carson for his equating Obamacare with slavery, calling it “a gift to the white right, inoculating them (or so they will surely feel) against charges of racism or racial insensitivity when they say the same stupid thing. That Dr. Carson would give that gift suggests an unseemly obsequiousness, an eagerness to please at all costs, even if that cost is one’s own soul.”

GAY WEDDING DESTINATION:Zack Ward of CNS, in a story in the Chestertown Spy, reports that when Maryland became the southernmost state on the East Coast to legalize gay marriage, it also became a destination-wedding location for some same-sex couples. A Capital News Service analysis of circuit court records indicated that 230 marriage licences — or 15.7% — were issued to same-sex couples between July 1 and Sept. 30 in Anne Arundel County. Of that number, 118 came from out-of-state.

NO SUPREME COURT SURPRISES: The Sun’s editorial board opines that those who promote the right to carry around a handgun in public were no doubt disappointed by the U.S. Supreme Court’s decision this week not to take up Maryland’s handgun permit law. But they should not be is surprised. While they enjoyed a brief victory when a U.S. District Court judge found it violated the Second Amendment last year, that decision hinged on an overly broad view of District of Columbia v. Heller, the 2008 landmark Supreme Court case that spoke to the individual’s right to own and bear firearms within the home.

BROWN LEADS: Lt. Gov. Anthony Brown enjoys an early lead in Maryland’s 2014 Democratic primary for governor, but large segments of voters don’t recognize the candidates’ names at this point, the Gonzales poll also finds. The Post’s John Wagner writes that if the June primary were held today, 41% of likely voters say they would vote for Brown, while 21% would support Attorney General Doug Gansler and 5% would cast their ballots for Del. Heather Mizeur; with 33% undecided.

MUDDLED HBCU DECISION: Center Maryland’s Laslo Boyd finds muddled reasoning behind a recent court decision that said that the Maryland state university system was harming historically black colleges by duplicating their programs and draining resources and students from them.

DEL. FRASER-HIDALGO: David Fraser-Hidalgo was appointed Wednesday by Gov. Martin O’Malley to fill a vacant seat representing part of Montgomery County in the Maryland House of Delegates, John Wagner reports in the Post. Fraser-Hidalgo, a former county police officer, takes over for Brian Feldman, whom O’Malley appointed to the Senate last month to fill a seat left open by the retirement of Sen. Rob Garagiola.

GANSLER & THE TROOPER: Maryland Juice goes through the recent back and forth between Gansler and the state troopers but also links to raw video on WUSA-TV of Gansler evading reporters’ questions during Monday’s announcement of Del. Ivey as his running mate.

Gov. O’Malley, in an interview with Robert Lang of WBAL-AM, says he hopes behavior raised as an issue by several members of Attorney General Doug Gansler’s security detail “has been curbed.” You can click a link to the interview on the right of the story. 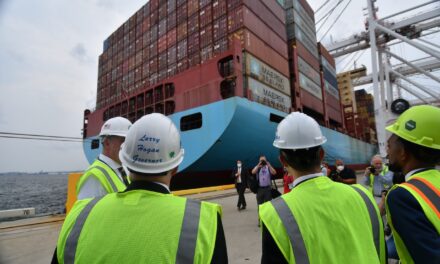