The state pension board on Tuesday lowered its target for investment return on the $41 billion retirement fund from 7.75% to 7.55%, a move it’s been considering for over a year

The 14-member Board of Trustees of the State Retirement and Pension System also lowered its projection of inflation from 3% a year to 2.8%, and phased in both steps over the next four years.

The rate of return on investment is a key target that helps determine how much the state must put away to fund the retirement of over 300,000 active and retired state employees and public school teachers. Next year the state government is expected to contribute $1.9 billion into the pension fund, with the counties helping carry some of the load on teacher pensions. That’s up $200 million from this year’s annual contribution to the pension fund.

Critics of the state pension system, including the bond rating agencies, insist the targeted return-on-investment should be even lower to reflect realistically what the state could earn on investments in stocks, bonds and real estate.

By lowering the expected rate of inflation at the same time it is lowering the investment target there will be little to no increase in the state’s annual required contribution. There will also be little change in when the pension system will reach 80% funding on its long-term obligations to pay out retirement benefits, estimated to be 11 years from now.

Maryland’s future pension liabilities are only 64% funded now, which was why pension trustee Thurman Zollicoffer wanted to lower the investment target immediately. “It’s failing,” said Zollicoffer, the only trustee to vote against the phase-in.

The state’s outside actuary, Gabriel Roeder Smith & Company (GRS), said the change in the investment target increases the likelihood that the pension’s investment managers could meet the target over the long term.

“It would be better to do it all at once,” said Brian Murphy of GRS. “It’s reasonable to lower the assumptions in the long term.”

But state budget secretary Eloise Foster, who sits on the pension board, said “I don’t know whether we could afford it right now” and recommended phasing in the changes.

As the stock market has shot up over the last few months so has the state’s pension fund, up 13% this fiscal year. That compares to earning less than 1% in fiscal 2012. Over the past 25 years, the state has averaged a 7.8% return, hurt by large losses in four of the last 12 years.

With this year’s stock market rise the pension fund has gained back all its losses since 2008, but its liabilities have increased as well.

Work on this article is part of a project on state pensions funded by a grant from the Abell Foundation. 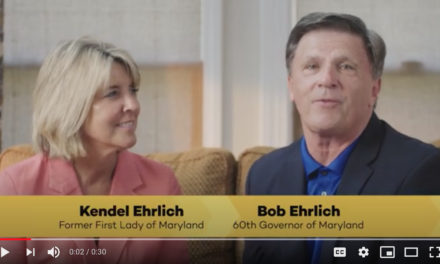