But as they have for recent bond issues, the three agencies said the state government continues to face financial challenges from its above-average pension liabilities and likely federal budget cuts, along with an increasingly sluggish economy.

Confirmation of the continuing slow economic growth came Friday with the report that Maryland lost 11,000 jobs in June, the third worst performance in the nation. The governor and labor secretary both emphasized that these numbers have been revised upward in the past, and there are still 28,000 more people working now than there were a year ago. But growing jobs at about 1% a year is hardly enough to put recent college graduates to work, not to mention the long-term unemployed. That’s why the employment rate has continued to rise.

Some of those job losses might already be due to cutbacks by federal contractors preparing for the “fiscal cliff” the U.S. government faces come January. The Defense Department will have its budget reduced in big ways or small, but enough to affect the federally dependent Maryland economy.  And there’s not much the state can do about it.

But it saved it longest description of credit challenges for the pension liabilities.

“The state ranks among the top 20 in its ratio of unfunded pension liabilities to [gross domestic product], well above the norm for its Aaa-rated peers,” says Moody’s.

Moody’s and the other rating agencies all acknowledge that Maryland took solid action last year to raise the contribution rates from employees and teachers, and reduce some benefits, including immediate reductions in health benefits for retirees. This cut the liabilities for the health benefits from $16 billion to $10 billion.

Required contributions not made

But Maryland continues to suffer from investment losses by the retirement system in 2008 and 2009, and from continued failure to pay the “actuarially required contribution” into the pension system for the last 10 years.

What was a temporary fix for a budget problem in 2002 has become a permanent feature of state law. The pension system board and a special pension commission have both recommended that the current system be phased out. Moody’s notes that in fiscal 2011, the state put $1.4 billion into the pension fund, when the actuary said it needed to be $1.9 billion.

Last week the board of the state retirement and pension system also voted not to reduce its presumed rate of return on investments from 7.75% to 7.5%. While 7.75% hardly seems realistic in current circumstances, the immediate effect of changing the expected rate would be to increase the amount of money taxpayers would have to put into the pension funds for state employees and teachers. Given that the state is not putting in its “actuarially required contribution,” raising the ARC would simply increase the gap.

The state board did vote to change some of its demographic presumptions for retirees, since it is hard not to recognize that people are living longer and thus collecting their pensions for a longer period of time. This change too raises the amount of money state taxpayers will have to pay toward pensions.

Fitch Ratings explicitly rejects the notion that 7.75% is realistic for what the other rating agencies call the “discount rate assumption.” It uses the more conservative figure of 7%. This means that instead of state employees and teachers pensions now being funded at about 64%, the system actually had about 60% of the money needed over the next 30 years and that the unfunded liabilities of the plan were not $20 billion but more like $24 billion.

For some economists who have studied U.S. public pension systems over the last two years, all of these expectations are wishful thinking about rates of return, which have also pushed pension plans to take on riskier investments to achieve these high rates.

One study in particular that came out in May by three economists said U.S. public pension funds were allowed too much leeway in choosing their own rate of return compared to corporations and public pension systems in Europe and Canada.

“U.S. public funds uniquely increased their allocation to riskier investment strategies in order to maintain high discount rates and present lower liabilities, especially if their proportion of retired members increased more,” said the study. “Current stakeholders, including boards, members and their representatives as well as politicians and taxpayers, have a direct incentive to underestimate the current value of the existing liabilities and transfer this risk to future generations. In this era of general underfunding, this will allow current members to receive higher benefits without boards and politicians having to make tougher choices now.”

“A major worry is that increased risk-taking is reckless and could lead to substantial future costs to taxpayers or public entities,” said the authors.

For the moment, with Maryland revenues growing slowly and continuing pressures to spend more on direct services such as education, health care and transportation – and not retirement benefits for current workers – the state is likely to continuing putting less toward pensions than it should and seek higher returns from riskier investments. 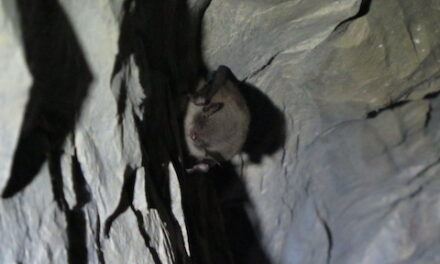