Campaign finances would become a bit more transparent in the future because of several bipartisan bills enacted by the legislature this session.

Bills easily passed both chambers to collect information about donors who give at least $500 or who make donations through their jobs.and to allow campaign treasurers and chairmen to receive notifications about campaign finance reports through email. Another measure allows campaign finance committees to get rid of records after 10 years or two years after dissolving.

Most of the bills are the product of the 17-member Commission to Study Campaign Finance Law, which made several recommendations to the General Assembly. The Commission was formed by legislation in 2011 to look at the state’s current campaign finance law, the role of political action committees in state elections, disclosure rules, the purpose and function of slates, and enforcement of campaign finance law.

“The commission that evaluated these was bipartisan and bicameral, and the members worked together collegially and diligently,” said commission Chairman Bruce Marcus, an attorney who’s worked on several campaign finance-related cases. “I’m sure that all the members are gratified these reforms passed so easily.”

In addition to members of both the House of Delegates and Senate and people from both major political parties who were selected by the governor, commission members also include the executive director of the State Ethics Commission and the State Administrator of Elections.

The commission started by looking at some of the less controversial issues with campaign finance, how records are kept, and what the public can access, Marcus said. Some of these items were suggested by the staff – partially from the State Board of Elections – as well as commission members who had recently run for office and organized campaigns. Marcus called these items “low-hanging fruit.”

“The recommendations simply improve the quality of reporting and accessibility,” Marcus said.

Del. Jon Cardin, D-Baltimore County, who chairs the election law subcommittee of the House Ways and Means Committee, said that commission members just got together in November. They were directed by the legislation to prepare an interim report before the 2012 legislative session began, so they looked for measures that were easy to find, made sense, improved transparency of campaign finance, and did not cross any party or ideological boundaries.

“A lot of these are bookkeeping ideas,” he said.

To further the bipartisan agreement of commission members, Cardin said that chief sponsorship of bills was divided between the legislative members in both parties. The bills were all introduced in both the House and the Senate.

State Board of Elections Director of Candidacy and Campaign Finance Jared DeMarinis said that the legislation came from a variety of sources.

“We looked at what was available in new technology and what interested campaign chairmen, treasurers and members of the public,” DeMarinis said.

One of the more controversial bills requires people who give more than a total of $500 to a campaign committee to report their addresses and employers to the State Board of Elections. A similar requirement exists for federal campaigns, and all but 14 states have laws on the books doing close to the same thing.

“If 25 people from Pfizer make $4,000 contributions to a campaign, it may show they have some partisan interests,” Cardin said. “Are the contributions from these people, or are they from Pfizer?”

This bill, which has not yet been signed into law, will more easily let people see if contributions might be coming from companies, rather than individuals. In the hearing on the bill, Cardin said the bill is “shedding some sunshine on how contributions are being made.”

Several delegates questioned at the hearing whether the legislation could have a chilling effect on their future donors. Cardin said it has not in other jurisdictions.

ACLU Maryland Legislative Associate Steven Waddy testified at the hearing on the bill and said that the public interest in campaign finance outweighs the concern potential donors may have that their information will become public.

“As long as there is money in politics, there needs to be a more informed electorate to be able to make the decision on where campaign finances are coming from and the individuals who are contributing,” he said.

Another workplace-related bill requires people who make contributions to campaigns through their workplace or an employee group – such as a union – to transmit their addresses to the campaign finance committee.

This bill, which has already been signed into law by Gov. Martin O’Malley, makes it easier for donors to receive receipts for their contributions, Cardin said. It also takes the burden off of campaign finance committees to have to track down these addresses.

Other bills passed by both chambers include:

Two bills proposed by the commission will not become law. A bill that would allow the State Board of Elections to put information online about people who have contributed to petition campaigns passed the House, but did not make it out of Senate committees.

Additionally, a bill that would not let a candidate report more than a total of $25,000 as lump-sum contributions passed the House, gained approval on the last day of the session from the Senate Education, Health and Environmental Affairs Committee, but never made it onto the Senate floor.

The Commission to Study Campaign Finance Law will continue to meet this year and will likely submit more complicated recommendations to the General Assembly in 2013.

Marcus said that the commission is likely to meet again starting next month and will deliberate many of the other issues related to campaign finance included in the 2011 law. They will look into donation limits as well as loopholes that some in Annapolis – including Cardin – have said are exploited to get around state law.

“These are relatively mundane this session,” Cardin said about the bills proposed in 2012. “Next year we’ll get into the larger issues … that are much more controversial.” 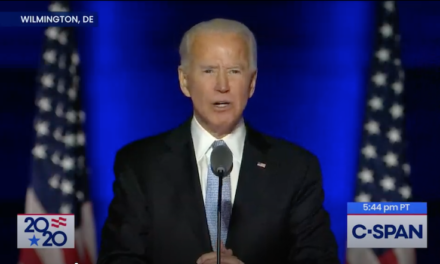 Ball: Howard County is not ready to fully implement the first phase of Hogan’s reopening plan