HASH OUT THE BUDGET: Maryland’s Senate approved a new “millionaire’s tax” for anyone earning over $500,000 as members gave their initial nod to the state spending plan, Annie Linskey of the Sun reports. The Senate is set to come back for final approval today, as key House committees finalize their version of the budget.

Revenues from the new tax will be spent on schools, reports Justin Snow of MarylandReporter.com.

The Senate also spent yesterday afternoon plowing through the state budget bill and a companion measure shifting part of the cost of teacher pensions from the state to the counties, turning back Republican attempts to amend the legislation, reports Michael Dresser in the Sun.

Reporting in the Annapolis Capital, Earl Kelly writes that Republicans unsuccessfully tried to reduce spending and to eliminate much of the Medicaid money for abortions.

GAS TAX HIKE: Gov. Martin O’Malley delivered a typically polished performance yesterday as he appeared before three General Assembly committees to testify for his gas tax plan — but he appeared to be putting on a show for an audience that had already tuned out, the Sun’s Michael Dresser reports.

Saying the cost of doing nothing would be worse, Gov. O’Malley tried to convince lawmakers to charge sales tax on gasoline purchases to pay for transportation projects, reports Pamela Wood in the Annapolis Capital.

O’Malley’s plan to raise transportation funds with a 6% sales tax on gasoline was hailed in hearings yesterday as a way to raise money for needed infrastructure projects and derided as one to kill local jobs in gas stations and trucking companies, writes Megan Poinski for MarylandReporter.com.

Ben Giles of the Washington Examiner reports that lawmakers said they couldn’t support an increased gasoline tax without guarantees that revenue would be used only to fix the state’s bridges and roads.

John Rydell of WBFF-TV speaks with drivers about the gas tax hike and the higher cost of gas.

SENATE ASKS, WHY MOVE? The Senate, as part of its preliminary approval of the state budget, voted to withhold $500,000 in general funds from Department of General Services until it can document the costs of moving the Housing Department’s headquarters from a state-owned property in Crownsville to a proposed development at New Carrollton Metro station, writes Daniel Menefee for MarylandReporter.com.

CANDY FROM SEX OFFENDERS: An Anne Arundel County member of the General Assembly has introduced a bill to ban registered sex offenders from participating in Halloween events that involve children, writes Earl Kelly in the Annapolis Capital.

BOATING FEES: Kelley Allen of the Easton Star Democrat reports that recreational boaters will not see as significant of a fee increase as originally proposed. The changes would raise the fee by $1 for boats under 16 feet, and up to $300 instead of $700 for boats more than 65 feet.

O’MALLEY AT GAY CATHOLIC CONFERENCE: O’Malley, who continues to campaign for same-sex marriage in advance of a likely referendum aimed at overturning the law he signed this month, will speak tomorrow at a conference in Baltimore for gay and lesbian Catholics, Matthew Hay Brown writes in the Sun.

CIGS, CARS & KIDS: The Post’s Greg Masters writes that the Maryland Senate passed a bill to prohibit smoking in cars when a child younger than 8 is a passenger, with violators facing a fine of up to $50. The bill now must pass the House of Delegates.

Opponents of the bill brought up questions of government intrusions into private lives, reports Justin Snow of MarylandReporter.com.

UM BIKE, WALKER FRIENDLY: The editorial board for the Diamondback questions a bill proposed by state Sen. Jim Rosapepe that will require in-state universities to develop biker- and pedestrian-friendly facility master plans by 2014, saying that UM-College Park has been doing just that.

JOBLESS RATE DOWN: Maryland’s unemployment rate in January fell to the lowest level in three years, reflecting an improving economy that spurred the state’s employers to add 5,000 jobs during the month, Lorraine Mirabella writes in the Sun.

CASINO PREVIEW: The Post’s John Wagner blogs that, with its casino set to open in June, the developer of Maryland Live! yesterday showed off construction progress on its massive venue in Anne Arundel County — and stepped up its argument against allowing another gaming facility in neighboring Prince George’s.

GARIGIOLA’S FIGHT: Maryland’s new congressional map for the 6th District should have done two things, reports Ben Pershing in the Post. It should have put the district long held by Republican Rep. Roscoe Bartlett up for grabs and it should have given a boost to one particular Democrat — state Senate Majority Leader Rob Garagiola. But it only did the former.

Given a choice, some top Republicans contemplating the 6th District match-up would rather go head-to-head with a veteran state senator who has a record than a novice politician who doesn’t, writes Katherine Heerbrandt of the Gazette.

BARTLETT’S FIGHT: U.S. Rep. Bartlett’s re-election campaign is up with a new television ad, three weeks before he faces a challenge in the Republican primary, blogs Ben Pershing in the Post. Scroll down to view it.

6th DISTRICT DEBATE: Katherine Heerbrandt of the Gazette offers up quotes, at the end of the story, from the 6th District candidates on wage and job growth projections for a district with a large number of federal workers.

David Moon of Maryland Juice offers his own take on what is happening in the 6th District.

Pete McCarthy of the Frederick News-Post reports about Van Hollen’s campaign to retain his seat and his campaigning within his new district boundaries. 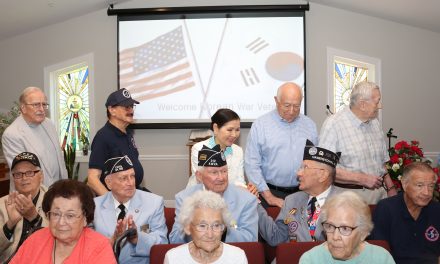