Boats docked on a branch of the Severn River. (By catwommn)

Everyone knows that looming federal budget cuts will have an impact on Maryland, but they are already affecting something as mundane as the boating industry.

Bob Gaudette, director of boating service for the Department of Natural Resources, told the Anne Arundel County House delegation Friday that the U.S. Army Corps of Engineers is “no longer going to maintain shallow water channels” in Maryland, used primarily by recreational boaters. Now, it will only take care of those used for commercial traffic.

This has particular impact on Anne Arundel County, which has 57 of Maryland’s 265 dredged boating channels, the most of any county. Anne Arundel has the most shoreline on the bay and its tributaries, and also the most boats and the most marinas, making it a major industry.

The U.S. Army Corps, which maintains the nation’s waterways, has been dredging 60 of Maryland’s boating channels. The state started paying them to do it out of the Waterway Improvement Fund, a special fund financed by a 5% excise tax on the sale of boats.

The recreational boating industry has been hit hard in the recession, and the money in the Waterway Improvement Fund has “fallen precipitously” over the last five years, a 2011 budget analysis said. (This year’s analysis hasn’t been released.) On top of that, this fund used to finance capital projects has been raided to go into the general fund, and the money has been replaced with bonds. In other words, the state is using its credit card instead of cash to pay for waterway projects.

In next year’s budget, Gov. Martin O’Malley is again proposing to transfer $2.6 million out of the waterway fund and use it for other programs.

So there’s been a double whammy for the state’s waterways: lower revenues and now higher expenses from the feds.

“We have certainly indicated to the Corps of Engineers that we’re not happy with that,” Gaudette said. “We have a problem in dealing with this situation.”

Typically, the shallow channels of eight feet or less are dredged every eight years, he said. Channels for the Kent Narrows and Rock Hall on the shore are already behind schedule, and boating channels in Anne Arundel, in places like the Severn River and its creeks near Annapolis, will be coming due. The excise tax is only generating about a third of the money needed for the $41 million in boating projects that should be done each year, including dredging, jetties and breakwaters.

The department is also pushing legislation for a marine gathering permit so that it can gain some control over large marine parties such as AquaPalooza, Bumper Bash, and Canal Days as they continue to grow.

These social gatherings typically involve nearly 1,000 vessels and thousands of people, the department said. They frequently demand the presence of 10 to 20 Natural Resource Police officers to maintain public safety on the water.

“The problem is social media,” Del. Nic Kipke, R-Anne Arundel said, because it makes the events much easier to promote and publicize. The department’s proposal would require a permit, and organizers would have to hire security guards with arrest powers or pay for law enforcement.

“There are a lot of really upset folks contacting their elected officials” about the bill, Kipke said. 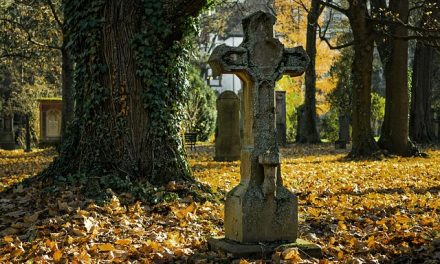