Del. Don Dwyer, who strongly opposes the legislation, said that one Democratic lawmaker approached him Friday morning to sign on to his proposed constitutional amendment to define marriage as strictly between a man and woman and that he believed the first lady’s remark has hurt the same-sex marriage bill’s chances, according to an AP report in the Daily Record.

Gov. O’Malley said yesterday that words of compassion, understanding and justice are needed in the debate over same-sex marriage in Maryland, according to an AP story in the Salisbury Daily Times.

The Sun’s Michael Dresser reports that O’Malley was speaking to a gathering of 3,000 during National Gay and Lesbian Task Force “Creating Change” conference. Mark Newgent of Red Maryland says the judge’s remarks may have cost some votes.

Len Lazarick of MarylandReporter.com gives a rundown on how the O’Malleys are pressing this hot-button issue. Del. Heather Mizeur supports marriage rights for same-sex couples and Del. Cathy Vitale gives the argument against the proposal in this discussion with Lazarick.

Pastors and elected officials are set to rally in Annapolis against same-sex marriage tonight, aiming to make a strong statement against the bill in advance of this week’s Senate hearing on the bill, the Sun’s Annie Linskey reports.

State Sen. Ron Young and Del. Galen Clagett, both of whom represent Frederick County, and state Attorney General Douglas Gansler attended an event yesterday at a Frederick church in support of gay marriage, writes Nicholas Stern for the Frederick News-Post.

RELIGIOUS LIBERTY: Writing an op-ed in the Washington Examiner, Stella Morabito writes that “conscience protection” is a key selling point for Gov. O’Malley as he urges passage of the same sex marriage legislation he introduced in Annapolis this past week. But it’s a fraud that would only serve to undermine religious liberty, pretenses notwithstanding, the commentary says.

TRANSPORTATION BILL: O’Malley said yesterday that he remains committed to introducing a transportation bill during the 90-day legislative session, even if raising additional revenue to pay for it is unpopular, John Wagner blogs for the Post.

Ike Wilson of the Frederick News-Post writes that O’Malley’s proposal to raise taxes on tobacco products is causing a lot of huffing and puffing among Frederick County merchants.

WEALTH TAX: If there is one part of O’Malley’s plan to balance the state budget that is causing the most ire in Annapolis, it could be the plan to raise income taxes on “high-earners,” which could include those who have a total household income of at least $100,000, writes Annie Linskey for the Sun.

TAX POLL: The editorial board for the Annapolis Capital said that while it doesn’t question the accuracy of a recent poll that found that 96% of respondents say they pay enough or too much in taxes, it does question the validity of the poll question.

SLOTS BACKED: Bringing slots to Prince George’s County, an idea long resisted by local leaders, is supported by most Marylanders, with Prince George’s residents tilting in favor, a Washington Post poll has found, John Wagner and Jon Cohen report for the Post.

CHARTER SCHOOLS: Charter schools have a difficult time gaining support – and a foothold – in Maryland, writes Megan Poinski for MarylandReporter.com. With 37 of 51 such schools, Baltimore city is the only jurisdiction to embrace them.

DREAM ACT REFERENDUM: Lawyers for the advocacy group argued that the law is a state appropriation to community colleges and are therefore exempt from referendum under Article 16 of the Maryland Constitution, writes Daniel Menefee for MarylandReporter.com.

Robert Lang of WBAL-AM reports that attorneys have given arguments about whether a Maryland bill to allow in-state tuition for illegal immigrants under certain circumstances should be put to voters in November. Scroll down to hear audio of Joe Sandler, one of the attorneys for the plaintiffs who hope to stop the referendum, Del. Neil Parrott, who worked to bring the issue to referendum, and Kim Propeack of CASA of Maryland, who talks about a poll that shows voters are split on the DREAM Act.

HOME BIRTHS: The Sun’s Andrea Walker writes that home births are on the rise in the United States with deliveries jumping 29% between 2004 and 2009, while Maryland home births increased at an even more rapid clip of 62.5%. But supporters say that Maryland still places too many restrictions on obtaining a midwife, and they have started a grass roots movement to ease the standards.

TUBMAN STATUE: After a failed attempt last year to put a Harriet Tubman statue in Congress’ Statuary Hall, the Maryland women’s caucus is trying again to get the state native what they believe is her due representation in national history, Kelsey Miller of the Capital News Service reports in the Annapolis Capital.

TRACKING WATERMEN: The face of Maryland’s Natural Resources chief turned red Friday morning, while he banged his fist against a table during an explosive exchange with state lawmakers over the placement of tracking devices on watermen’s boats, the Easton Star Democrat’s Daniel Divilio reports.

LOW ASSESSMENTS: The state Department of Assessments and Taxation assessed a 4,600-square-foot Federal Hill townhome $400,000 less than it should have, writes Scott Calvert and Jamie Smith Hopkins of the Sun, an error caused by a shrinking number of assessors.

SEPTIC BILL: Groups representing farmers and counties say they still have concerns about a reworked bill to control septic systems in Maryland, an AP story reports in the Daily Record.

FAMILY FARMS: If lawmakers are looking for legislation that should win everyone’s support, they need look no further than a bill that would exempt qualified agricultural property from the Maryland estate tax, opines the editorialists for the Salisbury Daily Times.

PLANMARYLAND: Legislators from rural areas insisted last week that PlanMaryland will mean a significant shift toward centralized control, while the state’s planning secretary assured that criticism is misguided and exaggerated, Andrew Schotz reports for the Hagerstown Herald-Mail.

O’MALLEY ON OBAMA: O’Malley spoke about President Obama on Morning Joe on MSMBC on Friday. Center Maryland posted the video.

CARROLL DELEGATION SPLIT: A longstanding grudge between Carroll County legislators in the General Assembly has resulted in two separate delegations, one representing Carroll’s interests in the House of Delegates and one in the Senate. The tension, writes Christian Alexandersen for the Carroll County Times, stems from years of stalled legislation, each blaming the other side for why local bills were not passed.

JOHNSON DISBARRED: An AP story in the Daily Record is reporting that Maryland’s top court has disbarred former Prince George’s County Executive Jack Johnson, who was sentenced to more than seven years in prison last month after pleading guilty to extorting hundreds of thousands of dollars in bribes from developers and accepting assorted gifts.

A constitutional amendment proposed by lawmakers from Prince George’s County would close a loophole that allowed a former county councilwoman – Leslie Johnson – to stay in office for a month after pleading guilty to a felony corruption charge, the Gazette’s Daniel Leaderman reports.

YOUNG IN FREDERICK: Maryland Juice recently flagged an article in the Frederick News-Post discussing Tea Party leader Blaine Young’s package of xenophobic and anti-liberty policy proposals. The Gazette now reports that events were even more contentious than previously reported. First, they involved comparisons of Blaine Young’s proposals to Nazi Germany and, second, the criticisms were being lobbed by a fellow Republican.

UNION BUCKS MISSING: In a routine tax filing to the IRS last spring, the Worcester County Teachers Association made a startling disclosure: Its leaders believed more than $100,000 in funds had gone missing, Brian Shane reports for the Salisbury Daily Times. Now, local authorities — who say they never heard about the reported loss — are investigating.

BIKE TRAIL: Sen. Christopher Shank said he is “extremely concerned” about an idea for a 23-mile bike trail, known as the “Civil War Railroad Trail,” that would follow the former Baltimore and Ohio Railroad line from Hagerstown to Weverton and is being considered by Washington County officials, writes Heather Keels of the Hagerstown Herald-Mail. 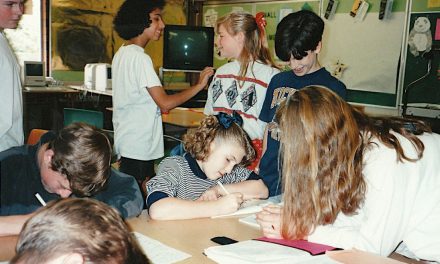 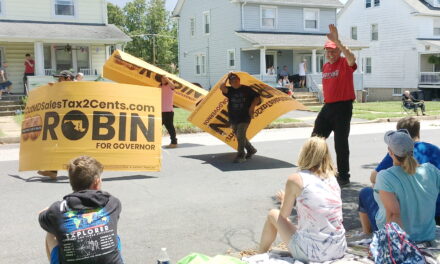