Commercial banker John Delaney says, “I’d like to see the federal government spend as much money as possible here” in Maryland, but “I’m not sure it’s realistic.”

With the country’s deficit problem, cuts are more likely and the state’s economy is “more vulnerable because of the reliance on federal spending,” Delaney said.

That’s why Delaney, founder and executive chairman of CapitalSource in Chevy Chase, has formed a new nonpartisan nonprofit called Blueprint Maryland to create a roadmap for private-sector job creation in the state.

“It’s not anti-government in any sense,” Delaney said in an interview. But “something that’s not related to government has a better chance of having a balanced dialogue. Politics do matter, and you’re more likely to get more input from stakeholders if it is not done in a political context and it’s more ‘we’re-all-in-this together’ context.”

Delaney is still putting together an advisory board and community board that he will roll out next month. Blueprint Maryland has already commissioned an economic analysis by Anirban Basu’s Sage Policy Group that will describe how “employment trends would be affected under different federal spending scenarios,” such as acceptance of the recommendations from the president’s deficit reduction commission.

The emphasis on private sector job growth sounds vaguely Republican – like Larry Hogan’s Change Maryland group – but Delaney and his wife are major contributors to the Democratic Party and candidates on the state and federal level. According to Federal Election Commission records, the couple gave $183,000 to national Democratic party and candidate committees in the last five years. According to the state campaign finance database, they gave more than $84,000 to the state party and candidates, including the maximum to Gov. Martin O’Malley, Lt. Gov. Anthony Brown and Attorney General Doug Gansler. John Delaney also has made small donations to Bob Ehrlich and a few other Republicans.

“Yes, I am Democrat,” Delaney said. “I was actually a Hillary [Clinton] delegate to [the 2008 Democratic National] Convention.

But Delaney said he didn’t contact anyone in government before forming this group. And one of his first hires was Chevy Fleischman Weiss, a public relations consultant who has done work for many Republican candidates, including now-Congressman Andy Harris. Weiss introduced her former boss to Delaney last year. Delaney gave Harris $2,400.

“People’s political party affiliation will be completely irrelevant to this process,” Delaney said. “I think labor unions have strong views,” as do community banks and other stakeholders.

The goal will be to “identify solutions for long-term job growth, explore and refine the ideas through expert research and develop a strategy to promote and implement these ideas,” according to the group’s statement.

“I’d like to have successful engagement with all types of citizens,” and get everybody at the table discussing how to grow private sector jobs, including government, he said. “Obviously, it takes the role of government to make a lot of this stuff happen.”

While Blueprint Maryland’s process will be larger and more diverse in membership, its goals sound very similar to those of a report produced in December by the Greater Baltimore Committee called Gaining a Competitive Edge: Keys to Economic Growth and Job Creation in Maryland. 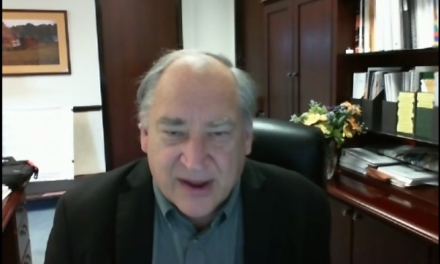