NO ARUNDEL SLOTS THIS YEAR: Pointing to legal opposition that set the project back several months, the Cordish Cos. has scrapped plans to begin casino operations at Arundel Mills mall by the end of this year — a decision that will cost the state an estimated $70 million in expected revenue for education, the Sun’s Nicole Fuller and Jessica Anderson report.

The delay affects not only gamblers, but the Anne Arundel county government, which was counting on $8.1 million from the slot machines to balance the fiscal 2012 budget, which runs from July 1 through next June, Pamela Wood reports for the Annapolis Capital.

CITY SLOTS BID A GO: The Sun’s Jessica Anderson writes that Baltimore City will be able to continue seeking new proposals for its 17-acre slots casino site in South Baltimore, after a rejected bidder dropped a legal request to halt the process for finding a developer.

TRANSGENDER ANTI-BIAS BILL: The sponsor of an anti-discrimination bill for transgendered individuals that failed to see passage in the General Assembly this year says her bill will come back, reports Alex Ruoff for the Gazette.

SCHOOL CONSTRUCTION: A state panel signed off yesterday on $257 million for the renovation and construction of K-12 public schools throughout Maryland, including millions for projects in Montgomery and Prince George’s counties, blogs the Post’s Ann Marimow.

REPLACING GRASMICK: Tim Tooten of WBAL-TV interviews outgoing state schools Superintendent Nancy Grasmick about what type of candidate will be needed to replace her.

Outlining five “hard truths” about the state’s aging infrastructure and dwindling revenue sources, O’Malley appeared to be laying the groundwork for a package of tax and fee increases, blogs Annie Linskey of the Sun.

During the General Assembly session this year, writes Ann Marimow of the Post, the chamber’s leaders were supportive of an unsuccessful legislative proposal to raise the state’s 23.5-cent-per-gallon gas tax — the largest source of revenue for Maryland’s transportation trust fund. The gas tax was last raised in 1992.

JAMES’S AGENDA: Aging in place, higher education and aiding small business among the issues Del. Mary-Dulany James worked on in Annapolis this past session, she writes in the Dagger.

ENDLESS FUNDRAISING: Less than six months out from their 2010 victories, Maryland’s House of Representatives members already are raising money for their 2012 campaigns, some more successfully than others, according to the latest Federal Election Commission reports, writes the Capital News Service’s Laura Lee in the Annapolis Capital.

FIL-A FRANCHISE: Say you’re an ex-governor casting about for something to do after losing another election. There are lots of obvious career options: lawyer, lobbyist, talk-radio host. Among the less obvious: Chick-fil-A franchisee, writes Laura Vozzella for the Sun. Bob Ehrlich looked into buying one with a former campaign aide who had owned a crab house.

POACHED FISH: The Department of Natural Resources this week hauled in 1,400 yards of gill nets submerged in the Bay and bursting with dead, rotting rockfish, bringing the total weight of rockfish found in illegal nets this year to 16 tons, writes Pamela Wood for the Annapolis Capital.

BAY HEALTH: A report by a panel of scientists and environmentalists raises new questions about the ambitious plan to restore the Chesapeake Bay, including the effectiveness of tracking pollution-reduction goals and how climate change could alter the bay’s recovery effort, writes Steve Szkotak of the Associated Press. His story appears in the Salisbury Daily Times.

CONSTELLATION MERGER: The editorial board for the Annapolis Capital writes that Constellation Energy’s merger deal with Exelon needs to be scrutinized by the state.

DISPOSING OF FED PROPERTY: Hundreds of industrial buildings in Maryland owned by the federal government — from warehouses at the Antietam National Battlefield to a machine shop in Curtis Bay — would be sold or demolished under a White House initiative to dispose of excess government property, reports John Fritze of the Sun. 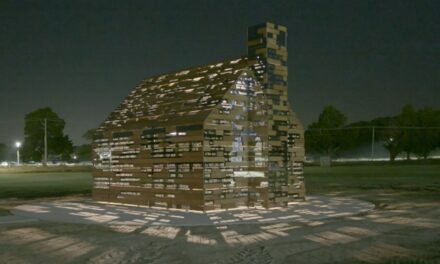