The Senate Finance Committee is likely to vote today (Friday) on a controversial proposal to unionize independent home health care workers who are paid by the state — a proposal the committee has already rejected once.

The bill would allow a union to organize people who contract with the state to provide in-home care, mostly to individuals who are eligible for Medicaid. Gov. Martin O’Malley signed an executive order allowing these workers to unionize in 2007, and the bill would codify that agreement. Since the executive order was signed, about 1,500 of the approximately 4,500 contractors who qualify have chosen to be represented by the American Federation of State, County and Municipal Employees.

The bill was proposed in both chambers by the O’Malley administration. The Senate committee rejected the bill. But the House Appropriations Committee amended and passed the House version, and the full House of Delegates approved it last week, with a vote of 93-44.

In the Finance Committee hearing on the House version Thursday, Maryland Secretary of State John McDonough was quick to point out the places where the bill had been amended. It clarifies that only independent contractors are able to unionize, and not home health care providers who work for agencies. It further says that contractors who choose not to join the union can be asked to pay the union a negotiated service fee, assessed on a sliding scale depending on how much work they do with the state.

McDonough said this bill is very similar to one that codified the unionizing of state-paid day care providers that passed the General Assembly last year.

“If anything, this bill is much more strict,” he said.

According to testimony given by AFSCME representatives at the first hearing of the bill, the newly unionized workers have ratified a contract establishing a grievance process, a bill of rights, and a 4% raise for providers working in the state’s largest home health care program.

In the first hearing, the issue of employees having to pay fees to the union – regardless of whether they actually join – dominated much of the discussion, as it did on Thursday, too. The bill would allow members of the union to negotiate for a service fee to be paid by non-union members. However, no fee has been negotiated yet.

Sen. E.J. Pipkin, R- Upper Shore, asked McDonough about this scenario: If his elderly father were sick and qualified for Medicaid, and he wanted to take care of him full time, would he have to join a union or pay a service fee?

The answer, said McDonough, would be yes – as long as Pipkin accepted payment from the state to do it.

“Where does this stop, and where does the governor get the power to force me to join a union to help my dad?” Pipkin asked.

McDonough replied that this power is implicit in the state’s contract with each independent employee. The fact that home health care providers are getting paid by the state, he said, also allows for the governor to be able to exercise that kind of power.

Committee Chairman Sen. Thomas “Mac” Middleton, D- Charles County, said that he has been hearing complaints from people in the home health care industry since the beginning of his career in Annapolis, so it is no surprise that they are unionizing now. 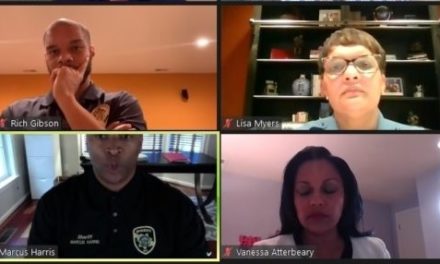 Commentary: Now’s the time to take action against urban-suburban runoff