NEW POLL: Gonzales Research has come out with a new poll that looks upbeat for Gov. O’Malley and same-sex marriage.

O’MALLEY NUMBERS UP: Gov. Martin O’Malley is more popular among Marylanders than he has ever been, according to a Gonzales Research poll released today. Megan Poinski of MarylandReporter.com writes that the poll found that 58% of Marylanders approve of the job O’Malley is doing – up 10% from the most recent Gonzales poll in October.

SAME SEX MARRIAGE: The Post’s John Wagner writes that the poll also says 51% of voters say they would favor a law in Maryland allowing same-sex couples to marry, while 44% opposed such a law and 5% gave no response.

ECONOMY & JOBS: The poll also indicates that 58% of respondents claim the economy and jobs as Maryland’s top issue, followed by the state budget deficit, education, taxes and health care, according to WBAL-TV.

John Wagner of the Post writes that the agenda also seeks to bolster the administration’s job-creation efforts and “green energy” credentials.

O’Malley’s idea for a venture capital fund is his top economic proposal, writes Nick Sohr for the Daily Record.

VENTURE CAPITAL: Gov. O’Malley’s idea for a new venture capital fund has the right goal — fostering high-tech startups — but it’s too diffuse to do much good, the Sun’s editorial board writes.

SHORT BUDGET: Len Lazarick of MarylandReporter.com writes that the governor’s new budget may be $425 million to $500 million short on cash to fully fund some programs and pension costs, legislative analysts told lawmakers yesterday.

Analysts also said that the amount of money Maryland pays on debt in the state’s transportation trust fund is expected to nearly double by 2016 under current projections, the AP’s Brian Witte writes in the Salisbury Daily Times.

PENSION PORTFOLIO: The state’s pension system portfolio has increased in value by more than $4 billion, blogs Abby Rogers for MarylandReporter.com.

DBED HIKE: Following up a Baltimore Business Journal story, Kevin James Shay reports for the Gazette that inside the DBED budget hike is a $3 million boost to a key economic development program.

Here’s video of his testimony from Christopher Assaf of the Sun.

Meg Tully of the Frederick News Post quotes Williams as saying: “Marijuana may not work for everyone, but what it has done for me is given me my life back.”

“In the war on drugs, our hope is to get the sick and dying off the battlefield,” said Del. Dan Morhaim of Owings Mills, a lead sponsor who is the legislature’s only medical doctor. Alan Brody has the story for the Gazette.

ILLEGAL STUDENTS: A leading state senator from Frederick County said he will submit his own bill to the General Assembly that would force all counties – not just Frederick – to count the number of illegal immigrants enrolled in public schools, the Gazette’s Sherry Greenfield writes.

TABLE GAMES: Maryland voters could get the chance to approve adding table games to the state’s slots parlors in a constitutional amendment in 2012, House Speaker Michael Busch said. But, writes Gary Haber of the Baltimore Business Journal, other state lawmakers said a legislative vote is the better way to handle gaming changes.

DRINK TAX: Delegates in the Maryland General Assembly filed a much-anticipated bill yesterday that would increase the state’s alcohol tax and generate about $215 million in revenue for Maryland, writes Emily Mullin for the BBJ.

CORKAGE FEE: The Restaurant Association of Maryland fears a possible change to liquor laws that would allow patrons to bring their own wine to some restaurants for a corkage fee in Prince George’s and Montgomery counties could uncork a slew of problems the industry is not ready to tackle, the BBJ’s Scott Graham reports.

DEATH PENALTY: A new wrinkle has emerged in Maryland’s deliberations over resuming the use of the death penalty: Word that the U.S. company that makes a drug used in lethal injections is halting its production, reports the Post’s John Wagner.

DIMMER ROAD LIGHTS: In a pilot test to save energy and money, the State Highway Administration has cut back its overhead lighting on a six-mile stretch of Route 100 in Howard County, Michael Dresser reports for the Sun.

GRAND PRIX LOAN: Organizers of the Baltimore Grand Prix received an unprecedented $500,000 loan from the state’s economic development agency late last month, just as the group was required to make a $500,000 bond payment to the state’s stadium authority, reports the Sun’s Julie Scharper.

NO DEEP CUTS FOR CARROLL: While Carroll County officials are pleased to not see large funding cuts that were rumored to be in O’Malley’s budget, they are still concerned with possible changes from the General Assembly, writes Christian Alexandersen for the Carroll County Times.

BAKER AT OBAMA ADDRESS: Prince George’s County’s new exec Rushern Baker has been invited by U.S. Sen. Ben Cardin to sit among the guests in the House visitors’ gallery at President Obama’s State of the Union address tonight, the Post’s Miranda Spivack blogs. 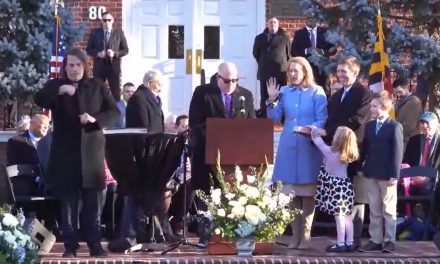