Blog: Not quite normal: a holiday, an inauguration, and a painful budget 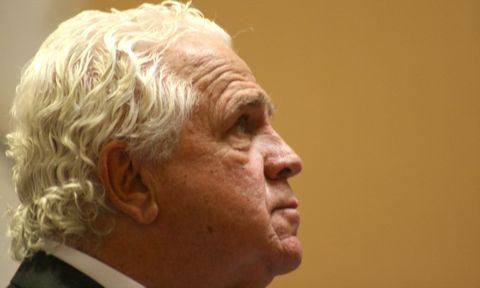 Things are not quite back to normal at the State House this week, and they won’t really be till next Monday.

Today, because the legislature’s opening on the second Wednesday of January fell so late in the month, the calendar ran smack into the Martin Luther King Holiday. State offices are closed, no hearings are scheduled but the House and Senate will meet as usual on Monday night to mark the holiday with commemorative speeches. A subfreezing wreath-laying in rain or snow at the MLK memorial tree at the front of the State House is scheduled before session.

The State House dome has returned to white at night, and Government House across the street has shed its purple hue and is back to red brick.

The members of the media that were falling all over themselves for Wednesday’s swearing-in are now gone, and the press corps is back to its more normal shrunken size – this year bolstered again by the online presence of MarylandReporter.com and now Patch.com, some of the same faces of the old media now working in the new media. The 2009 controversy about who should be part of the State House press corps has slipped away. The proposed regulations to revive the State House Correspondents Association are now in someone’s back drawer.

So the reporters are still dependent on the kindness of the governor’s office for free work space in tiny cubicles, free light and heat, and now free parking at the Navy-Marine Corps stadium. News organizations whose policies won’t allow reporters to accept a free hot dog or a beer from politicians at a picnic are willing to take free rent and utilities on the taxpayers’ dime.

We’ll be falling all over ourselves again on Wednesday for the inaugural of the governor and lieutenant governor. So many of the media are expected that we had to apply for special one-day media credentials for what is billed as a scaled back inauguration.

What will Gov. Martin O’Malley say in his inaugural address? Will it be chock full of “One Maryland” (found on the inaugural invitation) or more “Moving Forward,” the campaign theme kept alive by five forums in the last two weeks?

Three of the 10 standing committees have scheduled perfunctory hearings Wednesday after the noon swearing in, but mostly it’s party time again until the inaugural ball at the 5th Regiment Armory in midtown Baltimore, with much fewer celebrants expected than in 2006.

The celebrating will be over pretty quickly come Friday afternoon when the governor unveils his fiscal 2012 budget – full of pain and tough choices without tax increases, we are promised . That may be the new normal.

At the annual pre-session Democratic Party luncheon Tuesday, the Senate president promised: “This is the new and improved Mike Miller. I won’t be doing any crazy sound bites.” That comment drew jeers and expressions of disbelief.

Not to worry. We’re back to normal with Mike at the mic.

From the Senate rostrum the next day, he decried newspaper accounts that “Miller says the beer tax is nonsense.”

“That’s nonsense,” said Miller, noting he voted for the last hike in the beer tax in 1972.

He said later he’s not opposed to a small hike in alcohol taxes, but the “dime-a-drink” proposal being pushed would actually raise the tax on distributors by 700% on beer and 1300% on spirits.

“What they’re proposing is total insanity,” he told economic development officials an hour later. “These people are not business people. They don’t understand business.”

And in the same talk, Miller beginning his 41st year in the General Assembly and his 25th as Senate president, said: “I’m sort of like the poster child for term limits.”