“People are relatively happy in Maryland,” Miller said, reflected in their overwhelming support for Democrats. But “they’re not looking for any tax increases; they’re looking for less government.”

“They don’t expect government to do as much,” Miller said.

“I don’t see any appetite for any kind of revenue increases,” said Busch. “There’s been no discussion of that whatsoever.”

O’Malley has said since April that he did not intend to raise taxes, but he refused to pledge he wouldn’t do so during the campaign.

But on Wednesday he told reporters and on Thursday he told his cabinet that next year’s budget would be trimmed with “a constant diet of cuts, cuts, cuts” rather than tax hikes.

In 2007, O’Malley, Miller and Busch together had pushed through increases in the sales, income, corporate and tobacco taxes. With continuing deficits expected in coming years, Senate Republican Leader Allan Kittleman and other Republican legislators

have been predicting for over a year that there would be major tax hikes in 2011.

Told of the statements by Busch and Miller on taxes Thursday, Kittleman said, “I think that’s encouraging news. I take them at their word unless I hear otherwise.”

A Business Tax Reform Commission is supposed to make recommendations this month on tax changes, and a Blue Ribbon Commission on Transportation Funding has begun meeting to find new revenues for highways and mass transit.

At a Maryland Chamber of Commerce meeting last week, Miller himself even called for increasing the gas tax, a move he has pushed for over a decade.

A coalition of groups for more health coverage and increased aid for those with disabilities is also pushing for a dime-a-drink increase in alcohol, but Miller said he still is opposed to that.

At Wednesday’s Board of Public Works meeting chaired by O’Malley, Comptroller Peter Franchot, the chief tax collector, told the governor the state needed to “recommit to holding the line on taxes, spending and debt.” 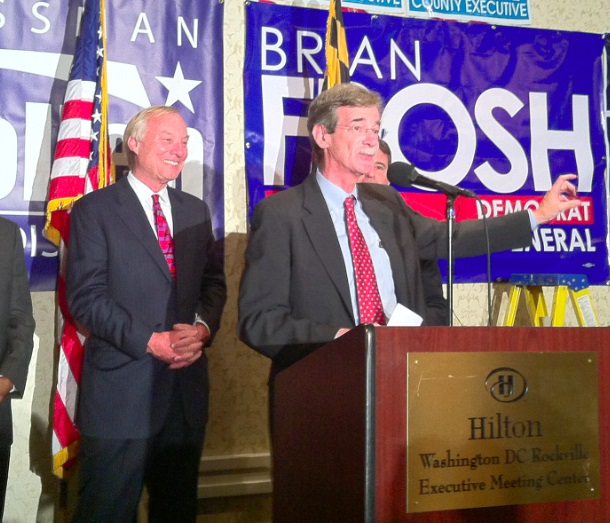