Maryland spends $6 billion per year on health care through the Medicaid program — half of it federal money — and lawmakers are looking especially hard this year for ways to get some of that cash back.

Two high-profile and very different proposals are before the General Assembly, one proposed by Democratic Gov. Martin O’Malley and the other by the House Republican Caucus.

The O’Malley proposal would make it easier for the state to pursue charges of fraud in Medicaid claims. Officials have estimated that the measure could help the state recover around $20 million each year. The law would also set up a system to reward “whistle-blowers” who report instances of Medicaid fraud and would create a civil penalty for deliberate false claims by health providers.

The House GOP is calling for a complete scouring of state Medicaid claims, potentially using a private contractor from Washington. Republicans pushing the proposal have estimated that it would save $195 million, but that number has been disputed by health department officials who say it would likely bring in much less.

But those two proposals aren’t mutually exclusive. Advocates for either measure acknowledge that they could work in concert, but they don’t appear to enjoy one another’s support.

House Minority Leader Tony O’Donnell, Calvert-St. Mary’s, said his measure shouldn’t necessarily be seen as an alternative to the False Claims Act, which he does not favor.

“Really [that] benefits trial lawyers who are threatening lawsuits to strongarm money,” he said. “I’m not a big fan of suing, and threatening, to save money.”

O’Malley’s false claims act seems more likely to become law this year. It has passed the Senate, through a compromise between state health officials, lawyers and care providers who were very concerned about the liability that the new law could bring in. The compromise hasn’t totally satisfied business groups, but it garnered enough support to help move it forward.

Tom Russell, inspector general for the health department, said he thinks a deep audit could work in concert with the false claims proposal, but he said he was unfamiliar with the techniques that the company suggested by the Republicans would use.

He pointed out that his division largely exists to review Medicaid claims to look for improprieties in spending.

Russell has 32 people working in his department, including lawyers, doctors and others from the medical industry. In addition, he said the agency has several independent contractors also looking for Medicaid overpayment. These companies often work on a “contingency” basis, and don’t get paid unless they find money that shouldn’t have been paid out.

“I probably meet with one or two contractors per week that have specific systems that they’re pushing that can help save Medicaid money,” Russell said. He said his agency recovered $27 million last year.

He said the False Claims Act would probably complement audit activity, because it would allow the state to recover more through triple damages in cases where there is a fraud conviction.

O’Donnell thinks Medicaid savings would become more apparent if the state had more information about its Medicaid system.  Timothy Heitmann of Recovery Audit Specialists, the firm that advised the Republicans, wrote that nationwide improper payments for Medicaid were closer to 10 percent.

Russell said the state’s recovery of bad claims comes in much lower than that.

O’Donnell has complained that it’s not clear enough what making changes to the state’s premiums, co-payment requirements and other factors would save.

Republicans were able to add two amendments to the House version of the 2011 budget that would withhold $750,000 from the health department unless it studies those issues. The amendments look at ways to reduce errors in claims processing and errors in eligibility payments.

“It’s an acknowledgement that our proposal and our desires to have more information make good sense,” he said. “It’s not partisan at all. If we were in charge, we’d be doing all of this.”

One of the issues that will likely be discussed as the state searches for ways to save money on Medicaid is last year’s audit that found major problems with the outdated computer system at the Medical Care Programs Administration. The old system is not equipped to handle the huge loads of claims it is now processing, but it is set to be replaced within the next two years with additional federal aid.

The auditors said there were also significant problems with the offices that review $1.5 billion in payments to medical providers, highlighting inadequate training for claims processors and supervisors. Auditors also found problems in the unit hanling paper claims, which had a backlog of over 53,000 documents, many more than two months old. 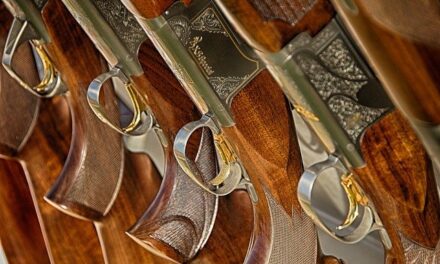