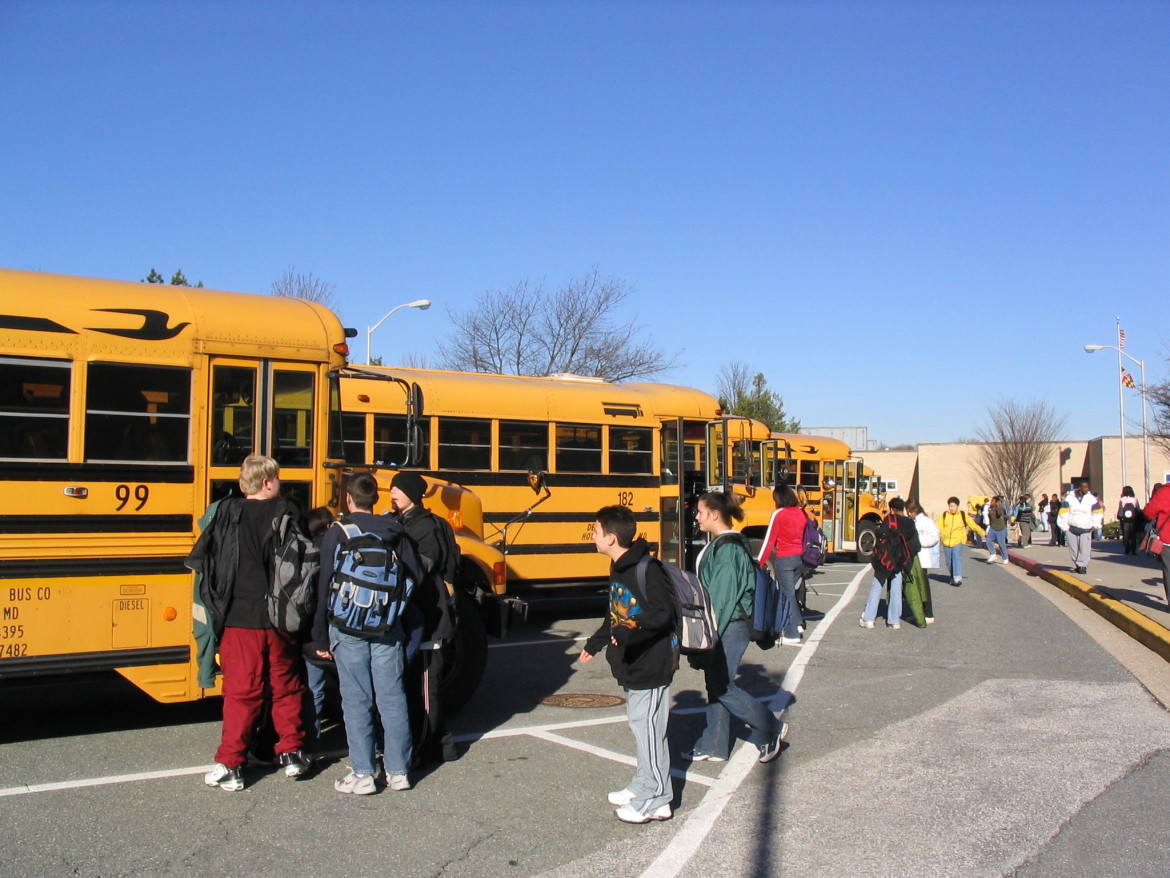 This is one of several articles MarylandReporter.com has published opposing the controversial school redistricting plan by Howard County school Superintendent Michael Martirano. Opposing views are welcome. Comments can be posted at the bottom of the article, or longer responses can be sent to Len@MarylandReporter.com for publication.

Just three years ago, the Howard County school superintendent as well as its Board of Education flatly ignored the passionate voice of the community. There were consequences.

The members of the School Board that signed the unpopular superintendent to a new 4-year contract were voted out of office. And the new Board had to pay over $1 million to remove the superintendent.

Let’s hope the school board and our new superintendent learned a lesson from this recent history and are ready to listen.

Superintendent Michael Martirano introduced his “Attendance Area Adjustment Plan” – generally referred to as the Redistricting Plan– on Aug. 20. Community response was swift, voluminous — over 5,700 pages of comments thus far — and virtually all negative.

The plan was immediately suspect because of the sheer number of students it will transfer – 7,396 out of the 57,346 students, or almost 13%. Studies prove rather conclusively that moving children from one school to another has a clearly negative impact on the student.

“The more often students moved, the lower they scored on both the state standardized math test and on teacher observations of the students’ critical thinking,” says an article in Education Week, “Student Mobility: How it affects learning” by Sarah D. Sparks, Aug.11. “ ‘To be sure, multiple moves are a dangerous signal, but even one move increases the [student’s] risk of not graduating or getting delayed in graduating, said Russell Rumberger.’ ”

“Changing schools can harm normal child and adolescent development by disrupting relationships with peers and teachers as well as altering a student’s educational program. The most consistent and severe impacts are on test scores and high school graduation, with less consistent findings on student behavior,” reports the National Education Policy Center in an article “Student Mobility: Cause, Consequences and Solutions,” by Russell W. Rumberger, 2010.

It would be one thing if all these moves were necessary to resolve overcrowding, but they are not.

The superintendent’s plan includes a new trend in social engineering. Socioeconomic integration is designed to “advance equity by addressing the distribution of students participating in the Free And Reduced-price Meals program (FARMs) across schools to the extent feasible.” In other words, redistricting kids based on family income. This effort is largely responsible for the lengthy bus rides that are built into this plan.

When my daughter was a junior in high school, her best friend was killed in an automobile accident while driving on the roads in western Howard County, as so many teens must do. No child should have to die or go through the experience of seeing a friend die at that young age.

Unfortunately, the superintendent’s plan has taken a rather callous approach to this issue.

As written, the plan could put up to 400 sleep-deprived teenagers on Route 108 driving as much as 7 miles in the morning rush hour – 132 students going from Wilde Lake to River Hill, and another 276 students going in the opposite direction, from River Hill to Wilde Lake.

In whose universe does that make sense?

Moreover, by introducing the idea that we must balance schoolchildren by family income and calling it “socioeconomic integration,” this process has stirred up racial unrest and has created a false impression about the county’s true racial character.

As one comment said, “You’re creating so much hate and animosity in the name of equity. It’s a shame you can’t do better than this.”

Howard in forefront of racial equality

Howard County for decades has been in the forefront of racial equality.

The Maryland Equity Project of the University of Maryland found that “Howard County is the most integrated school district in the region. . .. Children of different races — especially those who are black and white — are more likely to sit next to each other in Howard than almost anywhere else in the state.”

Nonetheless, somehow, members of our community have gotten the wrong impression—as evidenced by comments such as these: “Howard County has the most segregated schools in Maryland. Please stop drawing boundary lines that make this problem worse,” and “Please stop segregation in our schools.”

Does economic integration provide an advantage for lower-income students?

The introduction of socioeconomic integration is based on an assumption that students who live in poorer neighborhoods can learn and do better in a school with higher income students. Research on this issue is mixed. So, without data supporting an effort of this magnitude, it might behoove us all to listen to the true experts.

Teacher: “I have spent 21 years as a teacher in Title One schools. As a minority, I support equity (the quality of being fair and impartial for ALL), but I STRONGLY OPPOSE the part of your redistricting proposal that moves over 7,000 children all over the county, literally swapping children from one school to another without a cause (because it doesn’t accomplish your stated goals). . . . As a Title One teacher, I can tell you the impact of your proposed plan will be devastating to the population you claim you most want to help…. It’s not about the money the PTA brings in, it’s about the expectations and learning that occurs in these buildings that make the difference.”

Parents: “Wilde Lake HS is an excellent school that wants kids that look like mine because we are a part of the same community. We don’t need to move to River Hill HS to be excellent. Brown kids are excellent and can be excellent in their own communities. If River Hill HS needs a lesson in diversity, they can come to us!”

From an Oakland Mills parent: “….If either of the plans in the feasibility study are enacted, [my daughter] will have to leave OMHS in the middle of her high school career to go to another school where she has not spent nearly a decade becoming a part of the community.”

From a Lime Kiln parent who wants her child to go to Reservoir and not River Hill: “River Hill is almost 7 miles away. River Hill is also a much more socio-economically wealthy school with a lack of diversity. I want my children in schools with a more diverse, and realistic, student population with sufficient resources to address needs of ALL students.”

“Taking a bunch of Harper’s Choice walkers and sending them to River Hill is a recipe for disaster.”

In summary, this plan will send 7,396 children to new schools, based in large part on an unproven belief that children from low-income families can learn better if transferred to schools with higher-income kids, where the transferred kids won’t have access to their friends, their support groups, or the federal programs designed specifically to help them; and in spite of the proven fact that “changing schools can harm normal child and adolescent development by disrupting relationships with peers and teachers” resulting in “consistent and severe impacts … on test scores and high school graduation.”

And you wonder why parents are mad.