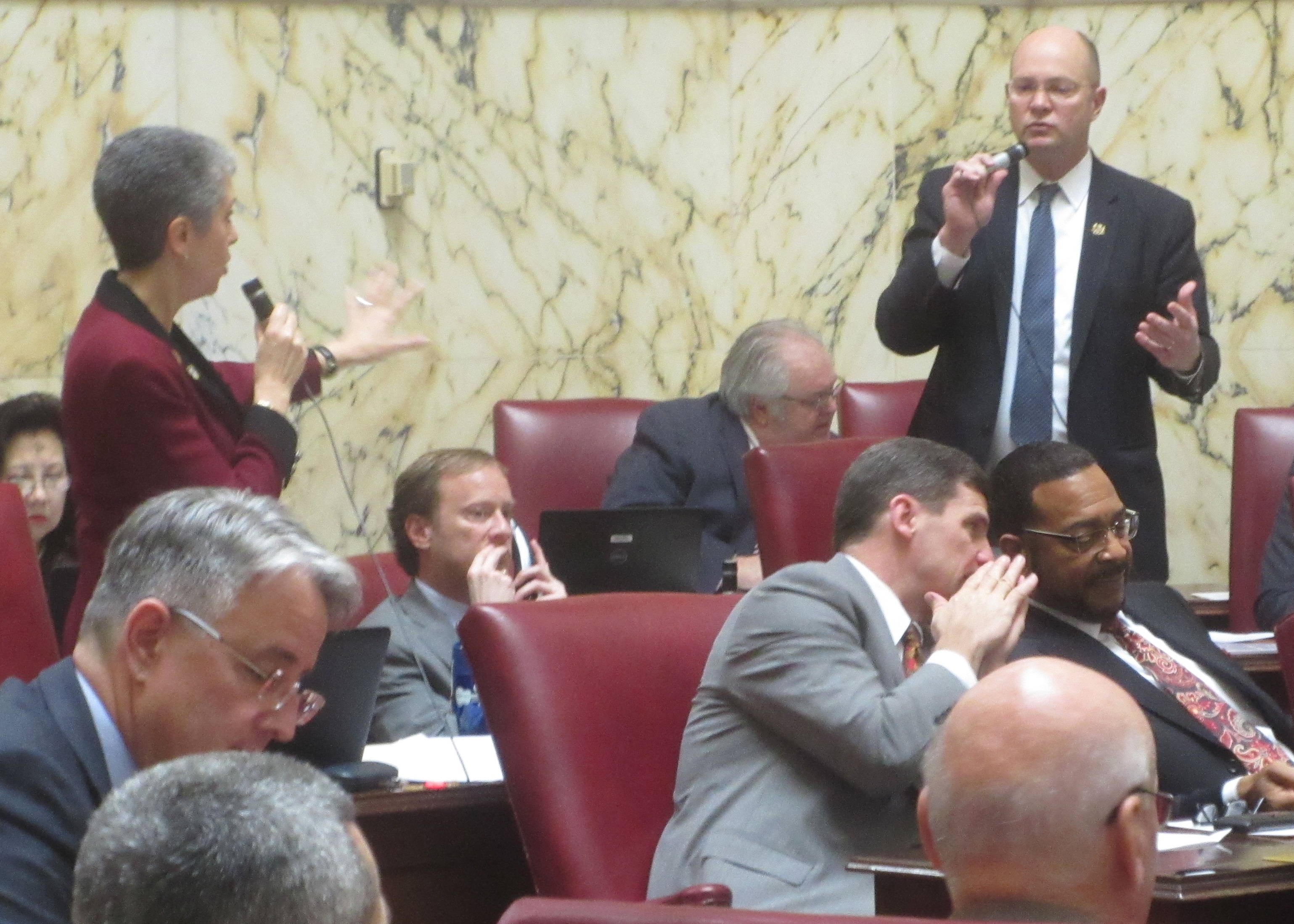 A heightened fear of Russian meddling in American elections helped derail what its sponsors thought was “a simple bill” to regulate how international observers witness Maryland elections.

The bill was so straightforward that it sailed out of the Senate committee unanimously, with all four conservative Republicans supporting the measure by Sen. Cheryl Kagan and Jim Rosapepe, two liberal Democrats from Gaithersburg and College Park respectively.

Then Republican leaders began having second thoughts about SB190, why might foreigners be coming to Maryland and what the heck were the Russkis doing in our polling places, anyway.

She tried to explain that foreigners, usually part of programs through the State Department, were already visiting polling places in Montgomery County and numerous other counties, and she wanted to set up statewide criteria to be administered by the State Board of Elections.

Rosapepe, a former ambassador to Romania, tried to explain that foreign election observers were part of international treaties signed decades ago to encourage the spread of democracy. “We need to get in touch with our inner Ronald Reagan,” Rosapepe said.

“All [the bill] does it make it easier” for international observers to come here, Rosapepe said.

Kagan kept emphasizing that the international observers were not allowed to talk to voters, ask them how they voted, or touch election equipment.

Republican senators were not mollified, and Democrats began having doubts too. Republicans drafted multiple amendments to specify what sort of credentials the foreigners must have, what they could do and who controlled them.

Finally, Wednesday morning, everybody had enough. After days of having the bill special ordered to a later date, Kagan stood with a memo from the State Board of Elections in hand, ready to send the bill back to committee herself.

Before she could do that, Senate President Mike Miller recognized Sen. Joan Carter Conway, the chairman of the Education, Health and Environmental Affairs that handles election law as well. Conway moved to recommit the bill to committee.

Kagan was stunned. She stood speechless with microphone in hand, shocked that she couldn’t get a chance to tell her colleagues how state elections administrator Linda Lamone had clarified the process.

Then Miller, who had left the podium to take his seat on the floor, stood to lambast the bill as misguided, given current events.

“I don’t want these people in the room,” Miller said, referring to Russians and other foreign poll observers.

“It might have been a good bill two weeks ago, it might have been a good bill six years ago,” but not given the indictment of 13 Russians for meddling in the 2016 election last week. He then quoted at length from Wednesday’s column by the Washington Post’s Dana Milbank on “Putin’s Useful Idiots,” referring to a phrase first used by Vladimir Lenin to refer to duped supporters of the Soviet regime. “The [current] Russian dictator has turned Trump supporters into the useful idiots of the 21st century.”

“Our electoral processes were submarined,” Miller fumed on the Senate floor. “I hope to see [the bill] never rises again in the near future.”

Kagan walked off the floor after the bill was dispatched back to committee.

Caught moments later in the hall outside the Senate chamber, Kagan was fuming herself, “This is a toxic time in American politics.”

As she left the floor, she had handed reporters copies of the short memo from Lamone.

“As you know, Maryland has been welcoming elected officials, party leaders and voting experts from dozens of other countries for the past several decades. They have learned from our process and returned to their homelands in order to strengthen their democratic voting processes.

“As we have done in the past, we will again ask the local boards of elections to forward to the State Board (SBE) any application they received from an international election observer. In that way, SBE can continue to contact the United States State Department to verify the legitimacy of anyone seeking entrance to a polling place anywhere in the state of Maryland.”

“As you know, these observers are governed by the Copenhagen Document and the Helsinki Accords. They are forbidden from talking to voters or touching any equipment whatsoever. Local election officials retain their authority to place or remove any observer at any time if the rules are violated. Maryland will continue to abide by our international treaty commitments without ever endangering the safety and security of our election process.”