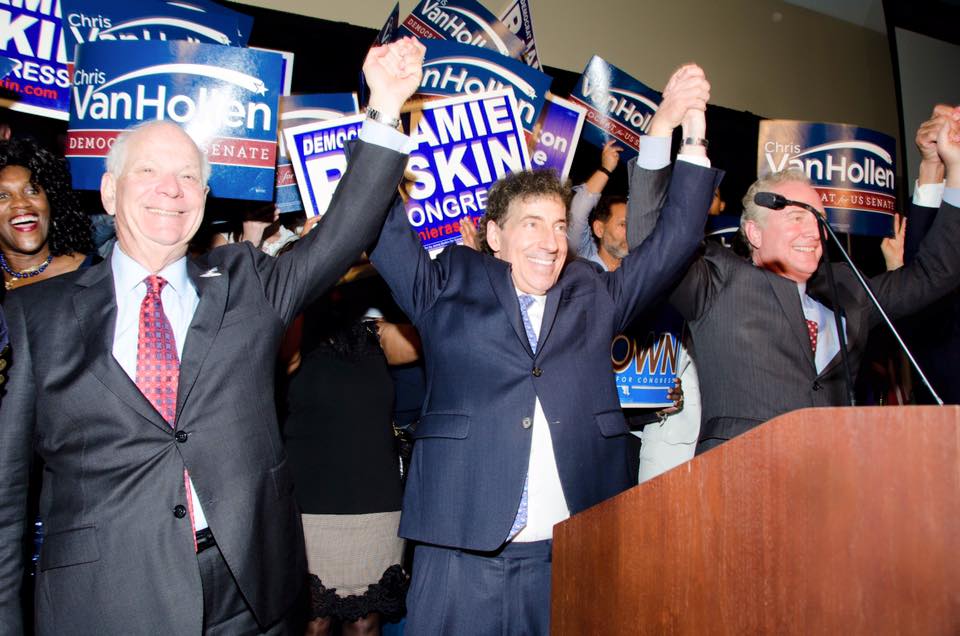 A Martian landing in Maryland on election night never would have guessed that Donald Trump was about to pull off the upset of the century.

That’s because Maryland is an outlier, an exception to what happens in presidential elections in the rest of the country.

Trump got slaughtered in Maryland, receiving just a little over a third of the vote. Only a few other heavily Democratic states, like Massachusetts and California, saw such lopsided Democratic victories in the presidential race won by Republican Trump.

The election map in Maryland looked surprisingly similar to the 2012 election map. Democrats have such overwhelming majorities in the densely populated Central Maryland subdivisions that this provides a protective cocoon for the party’s presidential candidate.

Just in Montgomery and Prince George’s counties in the Washington suburbs, Hillary Clinton ran up a lead of over half-a-million votes.

Overall this Democratic cocoon gave Clinton a big enough lead – even with a reduced turnout – to come close to matching Trump’s entire total in Maryland. Put another way, the Democratic cocoon allowed Clinton to build an advantage of roughly 800,000 votes. In the rest of the state, Trump beat her by just 177,000 votes.

Voting patterns this year indicate the Democrats’ cocoon may be expanding slightly. For the first time since 1956, Anne Arundel County went Democratic in the presidential race – by 1,500 votes.

At the same time, two Central Maryland counties continued to swing strongly in the Republican direction. Harford County gave 60 percent of its votes to Trump while his winning total in Carroll County was 76 percent.

Everywhere else in Maryland, red Republican voters ruled by substantial margins. While these counties hold the vast territorial mass of Maryland, the state’s population centers in the central corridor easily held sway on Election Day.

That population bulge is highly urbanized and suburbanized – ideal Democratic terrain. The rest of the state – mostly exurban and rural – is ideal ground for Republicans.

That was the pattern throughout America last week. The difference: In the rest of the country there were just enough rural/exurban Trump voters to fend off Clinton and win the presidency for the New York real estate developer.

Clinton captured the popular vote but lost the electoral count to Trump. While the nation is evenly split between the two political parties, Republicans hold a substantial state-by-state advantage.

How the 2016 results in Maryland affect the full slate of local Maryland elections in 2018 is hard to determine two years out.

Central Maryland is growing a bit more Democratic and its population numbers are growing, too. The rest of the state is becoming more Republican but the population rise there – if any – is slowing.

That could pose a problem for Gov. Larry Hogan, Jr., a very popular politician these days despite the fact he’s a Republican in a very blue state.

Much will depend on the job Donald Trump does in Washington.

What happens in two years?

If Trump surprises people and has a successful couple of years in office, Hogan will be the beneficiary.  But if Trump remains an immensely controversial figure, Democratic Maryland could prove hostile to Republican candidates in 2018.

Indeed, an argument can be made that Hogan might have been better off under a Clinton presidency, since he wouldn’t have faced any presidential backlash against local Republicans if things go awry in Washington over the next few years.

Still, Hogan has proved a remarkably agile politician, refusing to endorse or vote for Trump this year. Defeating this independent-minded Republican in 2018 still remains an uphill challenge for Democrats.