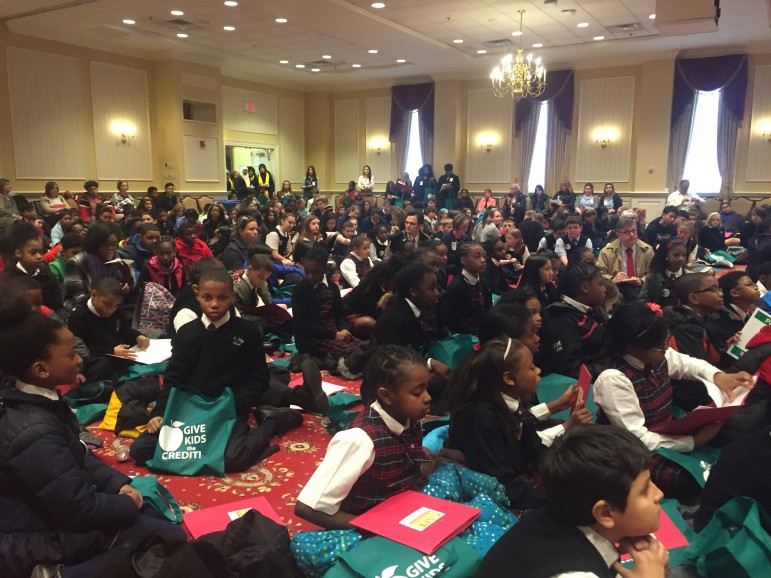 Not many K-12 students could say they have rallied at the State House for a cause that has the potential to affect thousands of families in their state. That is the sort of civic duty that they read in their social studies textbooks.

But on Wednesday, 700 private school students from across the state saw the legislative process in action when they marched to the State House and urged lawmakers to pass the Maryland Education Credit bills.

Inspired by successful programs in 16 other states, the Maryland Education Credit in SB 706 is designed to address affordability and accessibility concerns that limit a family’s ability to send a child to a public or private school based on educational needs.

The long-sought legislation would provide high quality and diverse education for both private and public school students through the financial help of Maryland businesses, but has faced criticism that it diverts resources from public schools to private schools that serve only a few students.

The Maryland State Education Association that represents public school teachers and education workers, the NAACP, League of Women Voters, Maryland PTA, Maryland Association of Boards of Education are all opposed to it, according to a position statement on MSEA’s website.

Despite bipartisan support in the Senate, opponents have been able to repeatedly kill similar measures introduced over the last decade.

In order to incentivize businesses to invest in education, the Maryland Education Credit would offer a 60% tax credit on donations to nonprofit student assistance organizations. These nonprofits would then be able to expand educational opportunities — such as scholarships, tuition assistance, after-school programs and special education services — especially for lower-income families.

Proponents of the Maryland Education Credit consider private schools a necessary complement to the public education system, and they repeatedly emphasized the need for private school support at the State House rally.

Other proposals include HB 1213 and the Hogan administration has put $5 million in next year’s budget for the program. The credits are awarded through the Department of Commerce with the total level of credits phased in over three years to $15 million in fiscal year 2018.

To gauge public opinion, the polling firm Opinion Works conducted a telephone survey of 600 randomly-selected state registered voters. Two-thirds of participants supported the legislation and agreed that there should be a weighted emphasis on quality education.

“There’s bipartisan support for this proposal. There’s Republicans, there’s Democrats, there’s Christians, there’s Jews,” said Senate President Mike Miller. “This is everybody coming together to make a wrong a right. If you see a wrong happening and you don’t stand up and address it, then you’re just as wrong as the wrongdoer.”

The Ways and Means Committee will hear testimony on the Maryland Education Credit on March 7.