Jennings and Shank both promised to strongly support Gov.-elect Larry Hogan Jr. in his goal of reducing spending and taxes.

Jennings, 40, served two terms in the House of Delegates before his election to the Senate in 2010.

“The bench isn’t as big as it used to be,” Jennings said. Senate Minority Leader David Brinkley of Frederick was defeated for reelection by Del. Michael Hough.

Half of the 14 GOP senators are new, though four of those had been delegates. There are 33 Democrats in the Senate.

Shank, 42, had served three terms in the House — where he was minority whip — before defeating incumbent Republican Sen. Don Munson and moving to the Senate in 2011.

Both had served in the House during last Republican governor

“I’ve gotten to see both chambers,” Jennings said. Both were in the House during the term of the last Republican governor, Bob Ehrlich.

Jennings said he hoped he could “steer the caucus through more tranquil waters” than occurred during the contentious Ehrlich term.

Asked if Hogan would be different from Ehrlich, Jennings said, “Absolutely.”

“We all lived it,” Jennings said. Hogan was Ehrlich’s appointments secretary and dealt with the legislature often.

“We saw where the pitfalls were and how not to repeat them,” Jennings said.

One of the big differences is Hogan’s personality, Shank said — “His gregarious nature and ability to work with people on a personal level.”

Shank said there this is “a very different climate” than in 2002, and people are “fed up with the tax-and-spend mentality.”

Jennings said “there are going to be some fights” on Hogan’s priorities and maybe some of his cabinet appointments.

“We can bring a voice of reason to the Senate,” Jennings. “We going to be here and bring [Hogan] support.”

Sen. Ed Reilly of Anne Arundel County, a former minority whip, was also in contention for the leadership post. 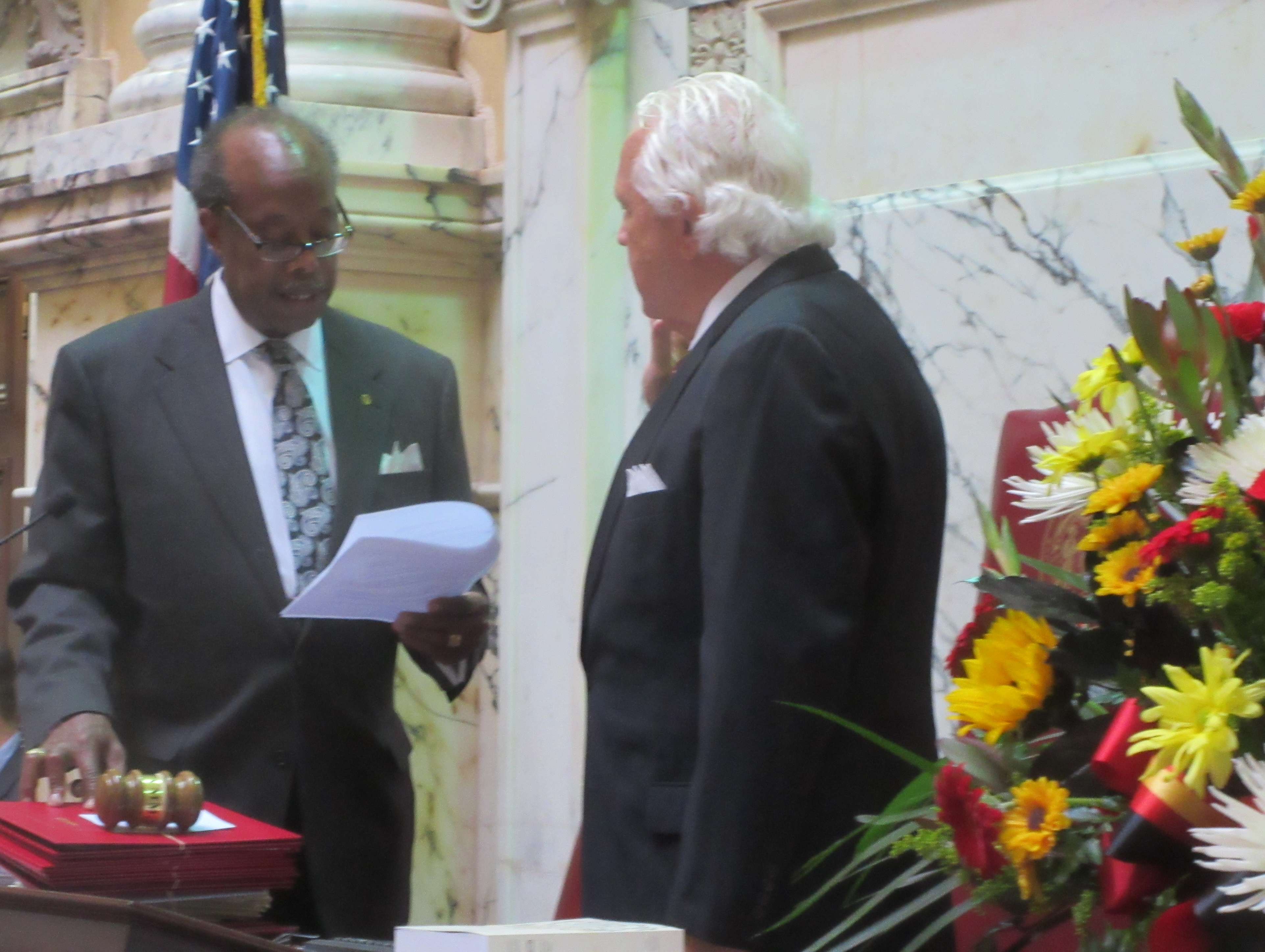